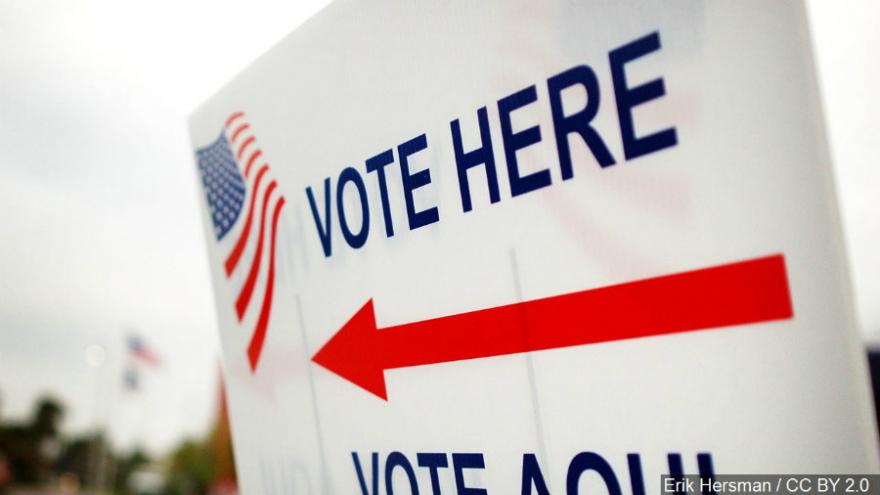 INDIANAPOLIS (AP) — An Indiana primary featuring a bitter Republican Senate race also provided optimism Tuesday for Democrats, who hope to recapture some energy after years of watching the red state trend further to the right.

Joe Donnelly remains one of the most vulnerable Senate Democrats on the ballot this year, but the nasty GOP race to decide who will challenge him has buoyed Democratic confidence that he could survive. The primary season has laid bare the GOP candidates' baggage.

Meanwhile, Democratic congressional candidates in the 2nd District in northern Indiana and 9th District in the south have run spirited campaigns that shaped up as a proxy war between the liberal Bernie Sanders' wing of the party and more centrist business Democrats. They hope the winners will unseat what they see as vulnerable GOP incumbents in November.

Two reliably Republican congressional seats are also up for grabs, after the GOP representatives opted to instead jump into the Republican Senate primary.

Here's a look at some key Indiana primary races:

With few major policy differences, the GOP primary candidates have run bitter campaigns by arguing who's the strongest Trump supporter. Trump won the state by 19 points in 2016.

Rokita, a three-term congressman, dons a red "Make America Great Again" hat in TV ads and carries a cardboard Trump cutout to rallies. He described Messer as a "Never Trumper" and Braun, who voted in several Democratic primaries, as a lifelong Democrat.

Messer, a member of House leadership, recently nominated Trump for the Nobel Peace Prize for his handling of North Korea. Meanwhile, Braun, who is also a businessman, argues his experience is the closest to Trump because he's an outsider.

Some Republicans worry that the nasty race puts the party's chance of unseating Donnelly at risk.

After voting Tuesday in Indianapolis, 63-year-old Dorothy Frazee said she didn't pay attention to the "childish" name-calling and voted for Rokita because he seemed most in line with Trump.

Errol Spears, a 75-year-old retired schoolteacher from Fishers, said he voted for Braun in part because of his business background and for the tone of his campaign. But he said he wasn't overly impressed with the candidates, saying he preferred "someone who would say, 'I'll back Trump when he's right and I won't back him when he's wrong.'"

Insurance adjuster Chris Thurston, 39, of Indianapolis said he voted for Messer because he thought the congressman had a better chance of defeating Donnelly in November.

Democrats in two Indiana congressional districts say the GOP incumbents — three-term Rep. Jackie Walorski in the 2nd District and Tennessee native and one-term Rep. Trey Hollingsworth in the 9th District — have been absent from the districts and are clueless about what their constituents need.

Candidates are eyeing those districts that used to elect conservative Democrats before they were redistricted to favor the GOP after the 2010 census.

Lamb has criticized his opponent for relying on the Pence name, which is well-known in the district that Pence's younger brother, Vice President Mike Pence, held for a dozen years before becoming Indiana governor.

Democrats have nearly two-thirds more candidates seeking legislative nominations this year than they did in the last midterm election four years ago. They hope the increase is a sign that they could cut into Republican supermajorities in the state House and Senate that have left them largely powerless over the past six years.

Republican voters, meanwhile, will decide numerous contested races, with candidates including the wife and son of former GOP congressmen among those seeking legislative nominations.

Several longtime legislators decided not to seek new terms this year, leading to packed primary fields for some of the eight open House seats now held by Republicans and five House seats being given up by Democratic incumbents.