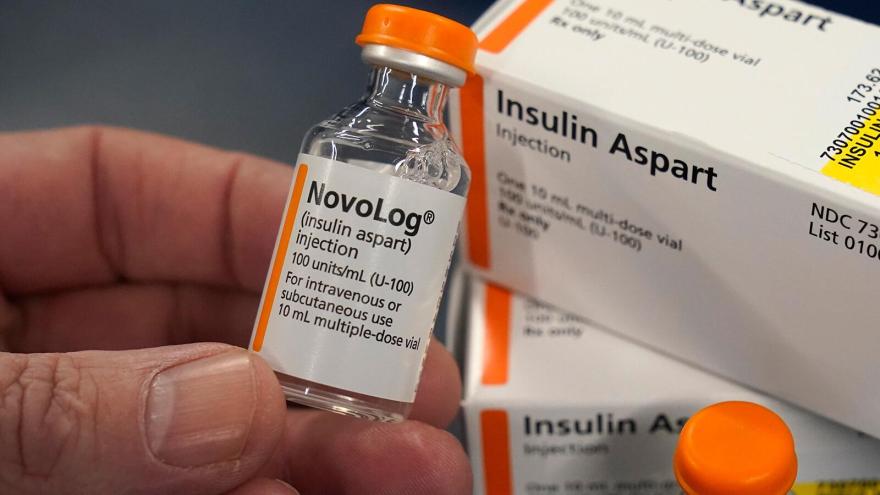 Senate Democrats failed to realize their longstanding goal of lowering the price of insulin for the more than 150 million Americans with private health insurance.

(CNN) -- Senate Democrats failed to realize their longstanding goal of lowering the price of insulin for the more than 150 million Americans with private health insurance.

The party had pushed to include a measure in their climate and health care package that passed the chamber Sunday that would place a $35 cap on insulin for those on Medicare and with private coverage.

However, the Senate parliamentarian decided that extending the cap to the private market was not compliant with the rules of the reconciliation process, which Democrats used to pass the legislation with a simple majority vote.

Democrats kept the provision in the bill anyway, but Republicans on Sunday raised a point of order that led to a vote that limited the $35 cap to Medicare beneficiaries only. The final vote was 57-43, with seven GOP senators joining all members of the Senate Democratic Caucus on the vote -- but a 60-vote threshold was needed to keep the private market provision in place.

The seven GOP senators who supported the provision were Susan Collins of Maine, Josh Hawley of Missouri, Cindy Hyde-Smith of Mississippi, John Kennedy and Bill Cassidy, both of Louisiana, and Lisa Murkowski and Dan Sullivan, both of Alaska.

Democrats have long sought to reduce the price of insulin, which has skyrocketed over the years though it only costs a few dollars to make. That has forced some Americans to ration the medication, sometimes with fatal consequences.

President Joe Biden called for the $35 cap in his State of the Union address in March, and Democrats included it in their sweeping Build Back Better package, which passed the House last fall before stalling in the Senate.

This year, Democratic Sen. Raphael Warnock of Georgia pushed a bill that would limit the cost of insulin to $35, as did Collins and Democratic Sen. Jeanne Shaheen of New Hampshire in a bipartisan effort. Neither has advanced.

More than 37 million people in the US have diabetes -- more than 1 in 10 Americans -- though not all are aware of it, according to the Centers for Disease Control and Prevention. More than 7 million people rely on insulin.

About a fifth of those who take insulin and have health coverage through large employers pay more than $35 a month for the medication, according to an analysis from the Kaiser Family Foundation. More than a quarter of people with Affordable Care Act policies and nearly one-third of those insured through a small employer pay more than that threshold.