Democrats up requirements for second round of primary debates 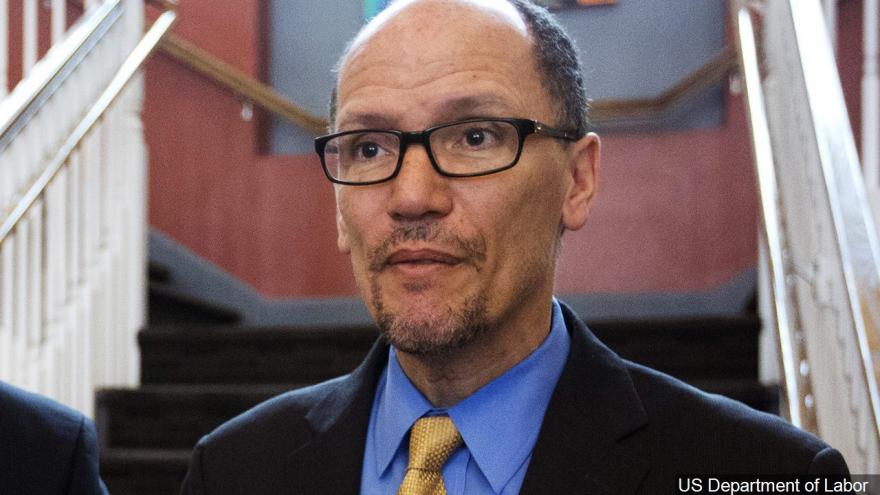 ATLANTA (AP) — The Democratic National Committee is upping the ante for its second round of presidential primary debates, doubling the polling and grassroots fundraising requirements from its initial summer debates.

The parameters, announced Wednesday, are likely to help cull a crop of 24 candidates and, in the process, intensify scrutiny on Democratic Chairman Tom Perez and his pledge to give all candidates a chance to be heard .

The DNC's outline for its September debate — the third of at least a dozen promised matchups during the 2020 nominating fight — decrees that candidates can participate only by reaching 2% in four approved polls released between June 28 and Aug. 28 while also collecting contributions from a minimum of 130,000 unique donors before Aug. 28. That donor list must include a minimum of 400 individuals in at least 20 states. The qualifications would remain the same for an October debate, though the party hasn't set the deadline for measuring fundraising and polling.

About a half-dozen candidates have demonstrated the capacity to hit the new marks with relative ease. Several more are on the fence, and perhaps another dozen face an uphill path. Debate slots are a coveted opportunity for candidates looking to break from the pack, and not being on the stage could be the death knell for a struggling campaign.

ABC and Univision will host the Sept. 12 debate, with a second night if necessary to accommodate the qualified candidates. The September debate site hasn't been settled. Neither the dates nor location is set for October.

Perez has yet to lock in the number of podiums for either post-Labor Day debate, but the outline hints at the possibility of significantly fewer than the June and July capacity of 20 candidates.

In its announcement, the party states that the second September night would be held only if necessary. When unveiling summer debate plans earlier this year, party officials offered a nominal hedge yet openly predicted they'd fill most if not all the 20 slots. They went so far as to explain a series of tie-breakers if more than 20 candidates qualified.

As the race currently stands, the top of the field would likely not be threatened by upping the threshold. That includes former Vice President Joe Biden; a trio of senators, Bernie Sanders of Vermont, Kamala Harris of California and Elizabeth Warren of Massachusetts; former Rep. Beto O'Rourke of Texas; and Mayor Pete Buttigieg of South Bend, Indiana.

However, the rest of the candidates, including other senators and several governors, remains jumbled at or near the lower thresholds set for the first two debates.

Perez has from the outset of debate planning promised an open, fair process, acknowledging the criticism leveled at the DNC during the 2016 primary process marred by allegations that then-Chairwoman Debbie Wasserman-Schultz and other party officials favored Hillary Clinton over Sanders.

This time, Perez has pledged to give all candidates a voice while championing the grassroots of the left that has blossomed since President Donald Trump's election. That grassroots energy was the impetus behind the fundraising metrics, which were developed in consultation with ActBlue, the left's online fundraising clearinghouse that is helping DNC certify candidates' fundraising measures.

DNC officials were prepared for potential criticism, releasing a statement from ActBlue Executive Director Erin Hill ahead of Wednesday's announcement.

"Candidates who will be prepared to take on Trump in the general should already be working to build programs that can bring in 130,000 donors by the second round of debates," Hill said.

Besides the increased thresholds, it's significant that candidates must meet both the polling and fundraising marks in the next round. For the first two sessions, a candidate can qualify by meeting one or the other.

Yang and Williamson have attracted significant small-donor fundraising but have yet to hit 2% in most polls. Gillibrand has struggled with fundraising and might have trouble clearing 2% consistently in polls. Inslee just hit the 65,000-donor mark but would have to increase his pace to reach 130,000 by the Aug. 28 deadline, and he's also rarely checked in at higher than 1% in polls.

Bullock, meanwhile, is a relatively later entry to the race, joining earlier this month, meaning he'd have to pack his fundraising work into a much tighter timeframe than those candidates who launched their bids in January and February.