Democrats want Pete Buttigieg to land a Cabinet post. Which one remains the question 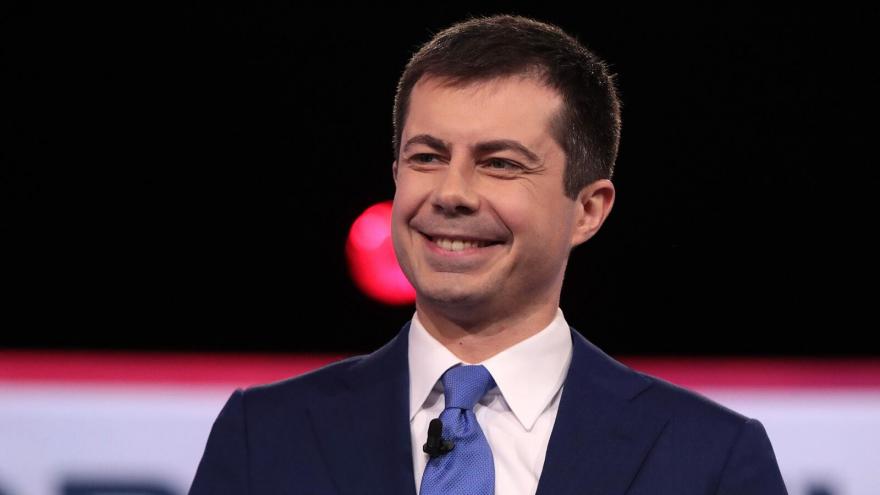 But an actual spot for someone seen as a rising star in the party has proved more elusive.

Where the former South Bend, Indiana, mayor and 2020 Democratic primary candidate could land in a Biden administration has been cause for informed speculation for weeks among top Democrats. And the number of jobs Buttigieg has been mentioned for is sizable.

Buttigieg had been mentioned as a possible pick to be Biden's ambassador to the United Nations, before the President-elect nominated veteran diplomat Linda Thomas-Greenfield. And, as a veteran of the war in Afghanistan, Buttigieg has also been mentioned as a possible pick for secretary of Veterans Affairs, a difficult job that is seen as perilous for any aspiring politician.

And recently, according to Democrats familiar with the transition, Buttigieg's name has also been tossed around for two other Cabinet posts: secretary of transportation and secretary of commerce, positions that would likely put the former mayor in the center of an expected push for a sweeping infrastructure reform bill.

And then there is the talk about a high-profile ambassadorship, a position that would help the aspiring politician gain foreign policy experience but take him away from elected politics for as long as he served as an ambassador.

"They want to find a place for him," said a source familiar with the transition's deliberations. "It is a puzzle, and they are trying to figure out where he fits into that."

The urgency to get Buttigieg a post inside the incoming administration underscores the level with which Democrats believe the former mayor has a bright future in the party, one that could be helped with the experience that comes with a top position in the federal government.

Buttigieg mounted an unexpectedly resilient presidential primary campaign in 2019 and 2020, narrowly winning the Iowa caucuses after starting as a relative unknown in the state and becoming the first gay presidential candidate in American history to win primary delegates from a major party. He ended his campaign shortly before Super Tuesday in March and endorsed Biden as much of the party coalesced around the would-be President-elect.

Buttigieg's future political aspirations are no secret, but the former mayor's future in his home state of Indiana, a place that has moved further right over the last two decades, has long been a roadblock to those charting his political rise.

Biden spoke glowingly about Buttigieg at a March event in Dallas, comparing him to his late son Beau: "I know that may not mean much to most people, but to me it's the highest compliment I can give any man or woman."

Buttigieg responded by campaigning hard for Biden, headlining an array of targeted events, fundraisers and being a top surrogate for the former vice president.

It took very little time after he officially ended his presidential campaign, however, for speculation about his future to ramp up. As Buttigieg headlined events for Biden during the general election -- including a number of fundraisers -- many in Democratic circles saw the legwork as a clear indication that Buttigieg wanted an administrative post in a would-be Biden administration.

People close to Buttigieg tell CNN that the former mayor is interested in a post -- and was particularly interested in the UN ambassador post -- but is calm about the musical chairs currently playing out with top jobs in the Biden transition.

And much like his historic presidential campaign, if Buttigieg were selected for a Cabinet post and confirmed, he would be the first gay person to serve as a Cabinet secretary that was confirmed by the Senate.

But, like any politician aspiring to run for office again, Buttigieg is also thinking about his future career and those same people say he is eager for a job where he can have an impact on some of the same issues he talked about during his presidential campaign.