Denver could be first city to decriminalize hallucinogenic mushrooms 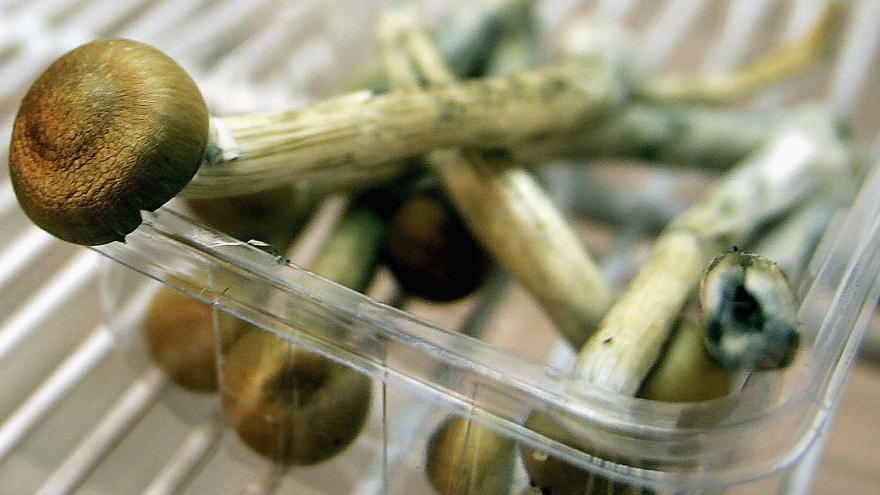 Decriminalizing \"magic mushrooms,\" which contain the hallucinogenic compound psilocybin, is on the ballot in Denver.d decriminalize psychedelic mushrooms in Denver. Photo: Getty Images
By Ryan Prior, CNN

(CNN) -- As criminal penalties for drug use fall across the country, Denver could be setting another first.

"Magic mushrooms" are now on the ballot in the city.

Denver will vote Tuesday to sort out two ballot questions, including Initiated Ordinance 301, or the Denver Psilocybin Mushroom Initiative.

The ordinance's text seeks to "deprioritize, to the greatest extent possible" criminal penalties imposed by the City of Denver "for the personal use and personal possession of psilocybin mushrooms."

A range of mushroom species naturally contain the compound psilocybin, which has hallucinogenic properties. The US Department of Justice lists psilocybin as a Schedule I controlled substance, meaning official federal policy states the fungi have no medicinal properties.

So although it doesn't legalize the mushrooms, I-301 would "prohibit the city from spending resources to impose criminal penalties" on those who have them.

The drugs have long been popular for recreational use. But a growing body of medical research shows that psilocybin can treat conditions like anxiety and depression, in cases where drugs currently on the market cannot.

For instance, a 2017 study published in the journal Nature showed that 47% of patients experiencing treatment-resistant depression showed positive responses at five weeks after receiving a psilocybin treatments.

And in 2018, researchers from Johns Hopkins University called for removing psilocybin from the list of Schedule I substances.

Denver has led the nation in changing drug policy

CNN reached out to group behind the measure, Decriminalize Denver, but hasn't received a response yet.

On its website, Decriminalize Denver says, "Humans have used these mushrooms for thousands of years for healing, rites of passage, spiritual insight, strengthening community, and raising consciousness,"

The group also argues that "One arrest is too many for something with such low and manageable risks for most people, relative to its potential benefits."

The initiative has received endorsements from the Denver Green Party and the Libertarian Party of Colorado.

In January, Decriminalize Denver announced that it collected nearly 9,500 signatures, and turned in paperwork with the Denver Elections Division to get the initiative placed on the ballot.

At the time, Jeff Hunt, vice president of public policy for Colorado Christian University, told CNN affiliate KMGH that he opposed the de-criminalizing magic mushrooms in the city. He said the ordinance might discourage tourists from coming to to the city.

"Denver is quickly becoming the illicit drug capital of the world," Hunt said. "The truth is we have no idea what the long-term health effects of these drugs are going to do to the people of Colorado."

If passed, the initiative also includes a requirement for the city to establish a "policy review panel to assess and report on the effects of the ordinance."

The ballot initiative would build on a progressive tradition in Denver's drug ordinances. In 2005, the city became the first major city in the US to legalize the possession of small amounts of marijuana, according to the Marijuana Policy Project.