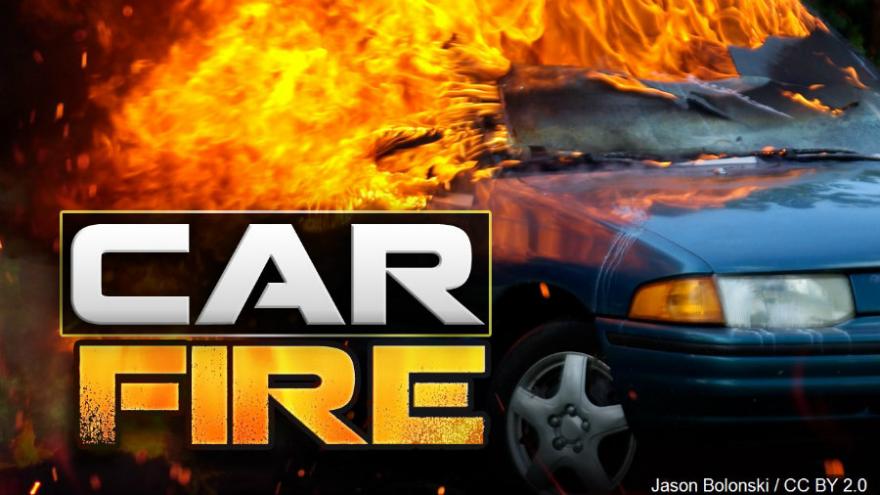 Minden City, MI (WNEM) -- One man was arrested and charged on multiple charges after deputies believe he set his ex-girlfriend’s car on fire.

She said her ex-boyfriend, a 46-year-old man from Marlette, was in her yard.

While deputies were heading to the home, the woman said the man was pounding on the door and throwing objects at her window.

When two deputies arrived on the scene, they saw the woman’s 2000 Chevrolet van was set on fire and used their fire extinguisher to put out the fire.

The deputies then found a suspicious vehicle that matched the description of the suspect’s vehicle given by the caller.

Deputies said they tried to stop the vehicle on the east limits of Minden City, but the suspect failed to stop.

After a short pursuit, the suspect stopped near the intersection of Bay City-Forestville and Ruth Roads.

The sheriff’s office said through the investigation, it determined the suspect was intoxicated and did not have permission to be driving the vehicle he was using.

Deputies also found an unloaded firearm that was not in a case next to some ammo.

The suspect was taken into custody on multiple felony and misdemeanor charges including arson of personal property, stolen motor vehicle, OWI, and several others.

The man was also on parole in Sanilac County and out on bond from a nearby county.

The incident is still under investigation by the sheriff’s office and the suspect’s name is being withheld at this time.