Derek Chauvin, convicted in the murder of George Floyd, to be sentenced June 16 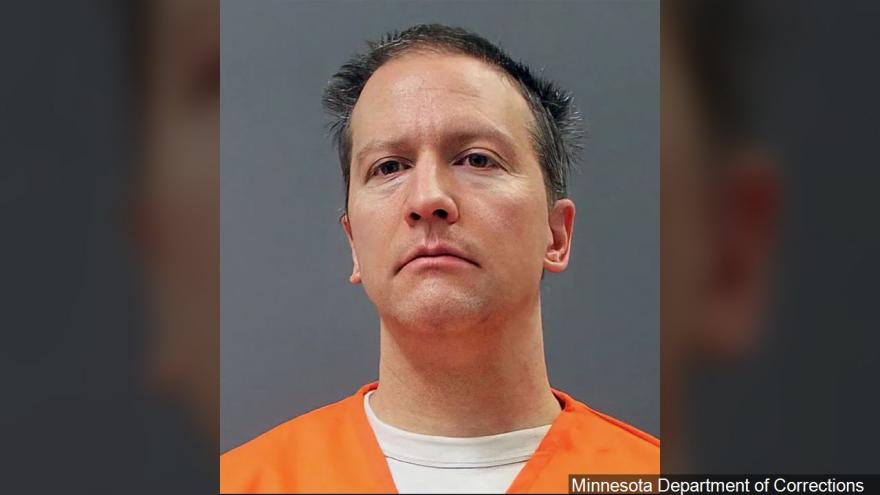 (CNN) -- Former Minneapolis Police officer Derek Chauvin, convicted this week in the murder of George Floyd last May, will be sentenced June 16, according to the court docket.

Chauvin is being held until sentencing at a prison outside of Minneapolis. He was put into a segregated housing unit for his own safety, a prison spokesperson said.

The maximum sentence allowed under Minnesota law for second-degree unintentional murder is imprisonment of not more than 40 years.

However, Chauvin has no prior criminal record. The state's guidelines say that for such a person, the presumptive sentence for both second-degree and third-degree murder is 12 1/2 years. The judge is given discretion to hand down a sentence between 10 years and eight months and 15 years for each.

The state has asked for a tougher sentence than the recommendations provide.

Jurors deliberated for more than 10 hours over two days before coming to their decision.

Wearing a mask inside the Hennepin County Courthouse in Minneapolis, Chauvin had no apparent reaction to the guilty verdict. Afterward, his bail was revoked and he was placed in handcuffs and removed from the court through a side door.

The verdict came about 11 months after bystander video showed Chauvin impassively kneeling on the neck and back of Floyd, handcuffed and lying prone on the street, for 9 minutes and 29 seconds on May 25, 2020.

Under the officer's knees, the 46-year-old Black man gasped for air, repeatedly exclaimed "I can't breathe" and ultimately went silent.

The defense called seven witnesses -- but not Chauvin himself, as he invoked his Fifth Amendment right not to testify. Defense attorney Eric Nelson argued that Chauvin's use of force was reasonable, that he was distracted by hostile bystanders and that Floyd died of other causes.

Prosecutors called 38 witnesses over the course of three separate phases of the trial.

First, bystanders at the scene testified about their fear and horror as they watched Floyd slowly die under Chauvin's restraint. Next, a series of police supervisors and use-of-force experts -- including Minneapolis Police Chief Medaria Arradondo -- criticized Chauvin's continued kneeling as excessive and unreasonable, particularly after Floyd had passed out, stopped breathing and had no pulse.

Finally, five separate medical experts explained that Floyd died from a lack of oxygen when Chauvin restricted his ability to breathe in what's known as "positional asphyxia."

In the state's closing argument, prosecutor Steve Schleicher said Chauvin knelt on Floyd for so long because of his pride and his ego in the face of concerned bystanders.

In a first for Minnesota, the trial was broadcast live in its entirety to accommodate Covid-19 attendance restrictions, giving the public a rare look into the heart of the legal system.

Tensions had been high throughout the Twin Cities region, and authorities ramped up security in anticipation of a verdict. But the all-guilty verdict rapidly alleviated fears of unrest.

In the streets of Minneapolis, the verdict led to cries of joy and sighs of relief among those nervously watching the trial, including many people outside the Cup Foods store where Floyd took his final breaths.