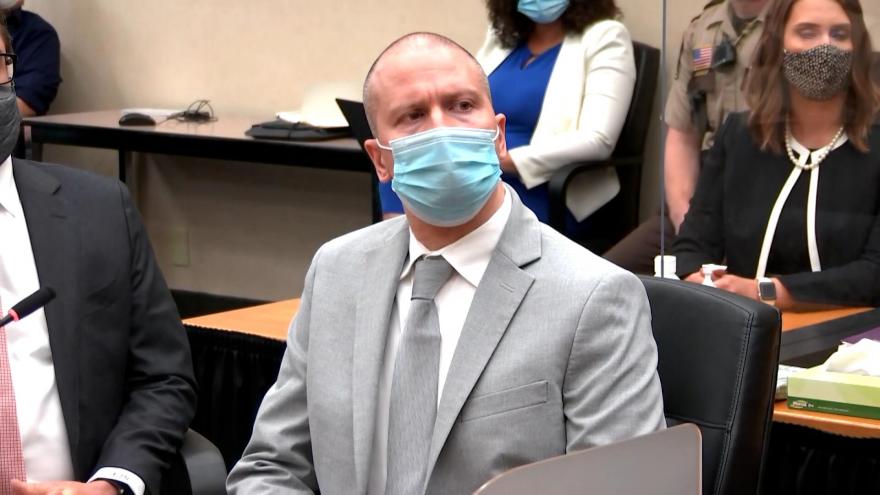 (CNN) -- Derek Chauvin, the former Minneapolis police officer who was convicted in April on state murder charges for killing George Floyd, pleaded guilty to federal civil rights charges at a change of plea hearing Wednesday in US District Court in St. Paul, Minnesota.

Chauvin also admitted guilt in a separate case in which he was accused of using similar tactics on a Minneapolis 14-year-old in 2017.

As part of the plea agreement, prosecutors are requesting that Chauvin be sentenced to 300 months in prison, or 25 years, to be served concurrently with his 22 and a half year sentence on state murder charges.

He also was charged in a second indictment for an incident in which he allegedly used similar tactics on a Minneapolis 14-year-old in September 2017. The indictment alleged that he held the teenager by the throat, struck him in the head with a flashlight and held his knee on the neck and upper back of the teenager even after the teen was lying prone, handcuffed and unresisting.

He had pleaded not guilty to the federal charges in September. Chauvin's attorney did not respond to a request for comment.

Chauvin's courtroom appearance came nearly 18 months after the former officer held his knee on Floyd's neck and back for 9 minutes and 26 seconds while the 46-year-old Black man, handcuffed and lying prone in the street, gasped for air and told Chauvin and other officers, "I can't breathe."

Floyd's death on May 25, 2020, sparked protests nationwide against police brutality and racial injustice. In April, Chauvin was convicted of second-degree unintentional murder, third-degree murder and second-degree manslaughter for Floyd's death and was sentenced to 22 and a half years in state prison.

Under Minnesota law, Chauvin will have to serve two-thirds of his sentence, or 15 years, and then will be eligible for supervised release for the remaining seven and a half years.

The federal indictment, unsealed in May, alleges Chauvin and his ex-colleagues of wrongdoing the day Floyd died.

Chauvin and former officers Tou Thao, J. Alexander Kueng and Thomas Lane were charged with deprivation of rights under color of law for allegedly failing to give Floyd medical aid, the indictment states. Thao and Kueng are also accused of failing to intervene in Chauvin's use of unreasonable force, according to the federal indictment.

Thao, Kueng and Lane pleaded not guilty to the charges in September.