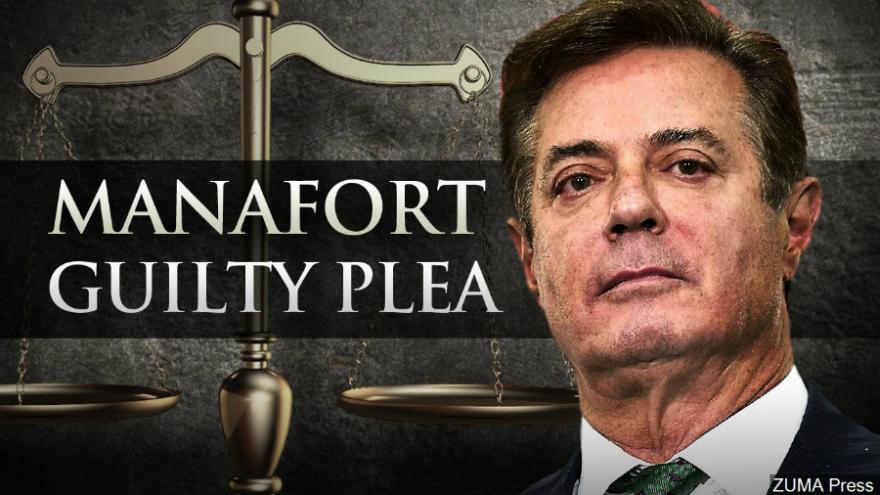 (CNN) -- Paul Manafort's decision to plead guilty and cooperate with special counsel Robert Mueller, after many months of playing the silent tough guy, would not be surprising to anyone who ever endured the ordeal of facing a federal criminal prosecution. The feds obtain guilty pleas in more than 95% of the cases they bring because they are extremely careful to bring charges in only the strongest of cases.

With legions of Ivy League-educated prosecutors, the investigative resources of the FBI, the Treasury Department and virtually the entire federal bureaucracy at the disposal of prosecutors, an ordinary citizen has little chance of winning a court victory.

Even the most well-heeled of criminal defendants, capable of hiring the finest defense attorneys, cannot match a prosecutorial checkbook backed by the federal treasury. Just ask Ivan Boesky, Jeffrey Skilling, Martha Stewart and a host of other multimillionaires who were marched to prison in handcuffs after facing off against federal prosecutors.

Under the circumstances, Paul Manafort's decision to avoid financial ruin and reduce his possible prison exposure by pleading guilty was entirely understandable. His decision to cooperate "fully and truthfully" with Mr. Mueller surprised many, given his willingness to go to trial in Virginia against a similar set of charges and the forceful assertions of his defense team that Manafort would never "flip."

Manafort, however, continues to hold a literal "Trump card," which he may elect to play only at the conclusion of court proceedings in his case. His "get out of jail free" card is, of course, a presidential pardon, which may be granted by Mr. Trump at any time during his tenure in office. The President has been quite publicly supportive of Manafort since criminal charges were first filed against his former campaign chairman. The support was clearly reflected more recently in a Twitter comment by the President in August, stating:

I feel very badly for Paul Manafort and his wonderful family. "Justice" took a 12 year old tax case, among other things, applied tremendous pressure on him and, unlike Michael Cohen, he refused to "break" - make up stories in order to get a "deal." Such respect for a brave man!

Even after Friday's plea and cooperation agreement, White House Press Secretary Sarah Sanders asserted that Paul Manafort's guilty plea has "absolutely nothing" to do with the President. Presidential personal counsel Rudy Guiliani hinted that unlike another "flipper", Michael Cohen, who Guiliani has called a "scumbag," Manafort continues to enjoy favored status in the White House. While reflecting on the possibility of a Manafort plea, Guiliani was quoted by Politico as saying:

"We can see a reason why he might want to do that. What's the need for another trial?...They've got enough to put him in jail. His lawyer is going to argue they shouldn't. The judge should decide this. ... I think it's pretty clear if they were going to get anything from him, they'd have gotten it already. ... From our perspective, we want him to do the right thing for himself."

The President, himself, is no stranger to the tactic of pledging to fight to the death in litigation and then folding when a better deal is proffered.

Manafort may have tendered his plea for a variety of reasons including the possibility that it would protect his family from financial ruin and the fact that at age 69, the sentences likely to be imposed in both his Virginia and Washington cases could have ensured that he would spend the rest of his life in prison.

On the other hand, if he cooperates "fully and truthfully" with Mueller but does not implicate the President, he will almost surely receive a presidential pardon. Nothing linking President Trump personally to any criminal acts surfaced during the first Manafort trial in Virginia. Pending Mueller's final report and despite the fondest hopes of Trump's opponents, there may be no such provable links.

If so, it will not be forgotten by the White House that Manafort fought a long and determined war with federal prosecutors at great personal cost while remaining loyal to the President. He also has entered his guilty plea before the runup to the mid-term elections, avoiding the damaging anti-Trump headlines that could have emerged from a new trial in Washington.

After all, while Mueller has played the jail card, Manafort is still likely to be holding the Trump Card -- -- and no one remains in prison when that card is played.