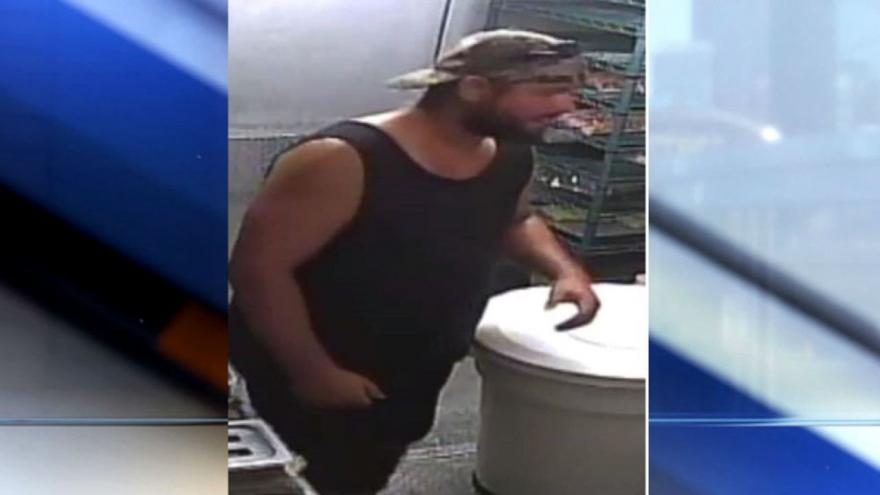 MARTIN COUNTY, FL (WPTV) -- The Martin County Sheriff’s Office is working to identify a man accused of breaking into some Jensen Beach businesses, and doing something unusual once inside.

The thief has a distinct tattoo.

“We want to solve every crime that occurs in Martin County. In this particular case, we now know we have a serial burglar,” said Sheriff William Snyder.

June 23rd, the same man is accused of smashing his way into the Wendy’s on Jensen Beach Boulevard.

Once inside, the man is seen on surveillance footage making himself a hamburger.

“He was pretty careless,” Snyder says.

After eating his meal, the man took off with a safe.

“It doesn’t look to me like he’s doing it out of hunger. I think he was after the money and I think he’s like we see often times with criminals. He's lazy and doesn’t want to work.”

On the same night, he also attempted to break into the Rocket Fuel gas station down the road.

However, his attempt to throw a stone through the glass door didn’t work.

Store Manager Vinny Solanki says burglaries are not common in the area.

He’s hopeful the string of burglaries will end in an arrest.

If you have any information on who the thief might be, you’re asked to call the Martin County Sheriff’s Office.