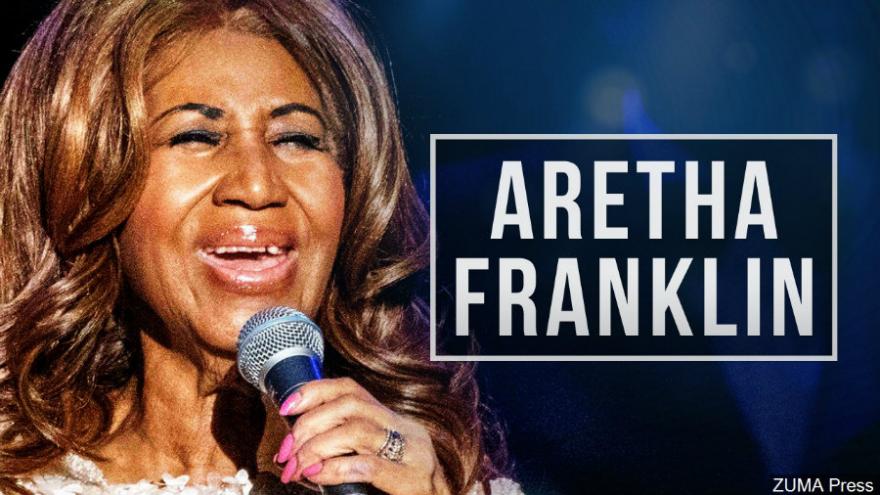 New Bethel Baptist Church is where Franklin got her start on the church stage.

“Singing all of her life. She’s always been on stage, she’s always singing the gospel of truth to the people of God,” said Pastor Robert Smith, Jr.

Smith says the singer contributed to the church in many ways.

“Without Aretha, the church wouldn’t still be here," he said. "She’s the one who kept it alive these past 30-something years."

She holds concerts every August in his honor, but she hadn’t checked in for weeks.

“The last time she checked in with us she was planning a concert for this month," Smith said. "That must have been eight weeks ago or so. Not having heard anything else about that.”

He added, “Just keep praying for her and like as all Christians would say ‘thy will be done.’”

Mayor Mike Duggan gave the singer a key to the city last year. When she started singing at the event, he noticed she wasn’t doing well.

“She was clearly struggling, she took a break and she came back out courageously and sang another song,” Duggan said.

Aretha is famous for her voice but many in Detroit know her as a philanthropist, helping the community.

Rev. Wendell Anthony is the President of Detroit Branch of NAACP.

“She has shown nothing but respect and love for Detroit," Anthony said. "She always has managed to come back home."

New Bethel Baptist Church is holding an early morning prayer service on Wednesday at 5 a.m. dedicated to the singer.