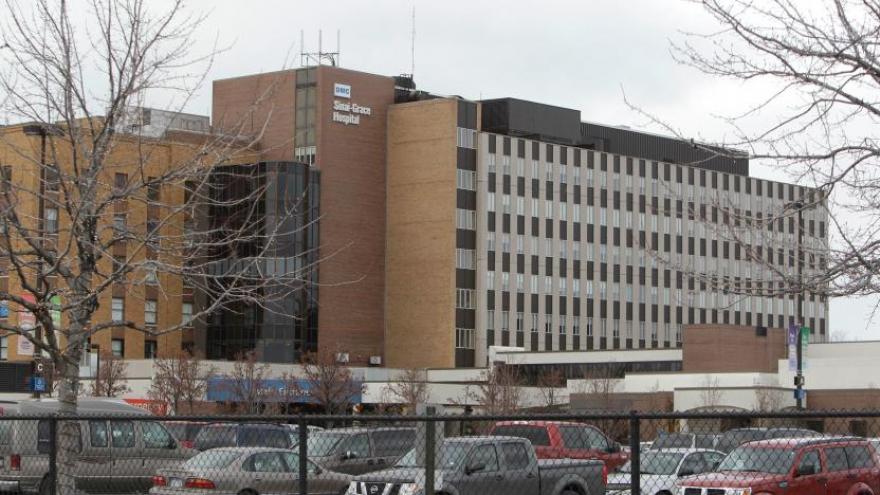 Emergency nurses at Sinai-Grace Hospital in Detroit staged a sit-in, demanding more nurses to help deal with the increased number of patients.

(CNN) -- Emergency room nursing staff at a Detroit hospital were told to leave Sunday night after they refused to work and demanded more nurses be brought into their overrun emergency room, health care workers there told CNN.

The night shift ER nurses at Sinai-Grace Hospital refused to leave the break room until hospital administrators brought in more nurses to help out, a physician at the hospital told CNN.

Hospital administrators decided, after four hours of deliberation, they would not be bringing in any more nurses to help and that the nurses could get to work or leave the hospital, the doctor said.

Some did then leave, said the physician, who spoke to CNN on the condition of anonymity out of concern for their job.

The details provided by the physician were corroborated by ER nurse Sal Hadwan, who discussed what happened in a video livestreamed on Facebook.

"We are disappointed that last night a very small number of nurses at Sinai-Grace Hospital staged a work stoppage in the hospital refusing to care for patients," Detroit Medical Center Communications Manager Jason Barczy told CNN. "Despite this, our patients continued to receive the care they needed as other dedicated nurses stepped in to provide care."

Sinai-Grace is part of the Detroit Medical Center system.

"We know this is a very challenging time for caregivers," Barczy said. "Our doctors and nurses continue to demonstrate their commitment and dedication to our patients."

In the video, Hadwan said he and the other ER nurses shown were told leave the hospital.

"Tonight, it was the breaking point for us," Hadwan said in the video, streamed on Sunday night right before midnight.

"Because we cannot safely take care of your loved ones out here with just six, seven nurses and multiple (ventilators) and multiple people on drips. It's not right. We had two nurses the other day who had 26 patients with 10 (ventilators)."

The nurses need extra help, because for three straight weeks they've had more than 110 patients in the ER, Hadwan said in the video.

"Nurses around the state are desperately doing everything we can to keep our patients and ourselves safe," Michigan Nurses Association President Jamie Brown told CNN.

"Eventually, a tipping point is reached where the best thing any RN can do for their patients, their families, and their coworkers is to speak out rather than remain silent."

"Until hospitals start taking the concerns of nurses seriously, it's only a matter of time before more actions like these occur. It is absolutely essential that hospitals start working with nurses and stop silencing our voices," Brown said.

Hadwan said Monday night that the hospital was bringing in four agency nurses to help the nightside crew.