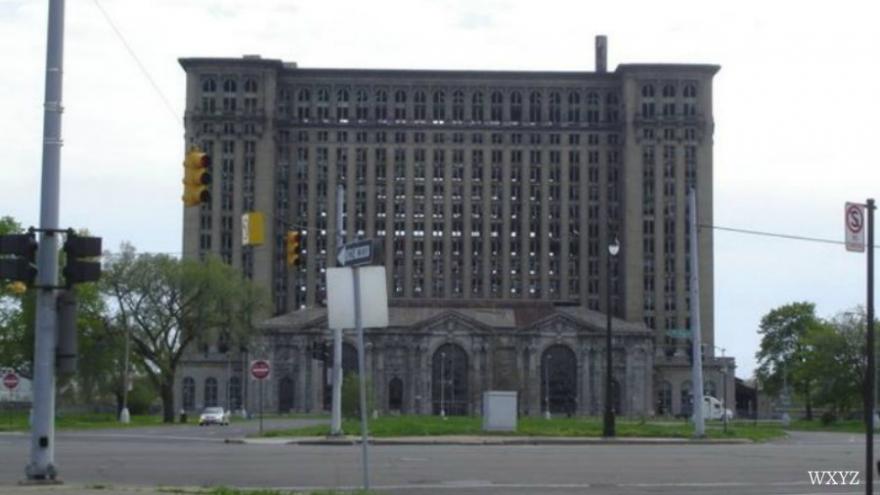 "The next steward of the building is the right one for its future," Moroun said. "The depot will become a shiny symbol of Detroit's progress and its success."

Moroun said Ford plans to disclose details of the redevelopment soon. An announcement is planned next week, Ford said. After years of failed plans, talk has centered on redevelopment spearheaded by Ford.

"These are exciting times for Ford and Detroit," Ford said in a statement Monday. It said the June 19 announcement "will be a historic day for Detroit, the auto industry and the future of Ford."

Ford recently began moving about 200 members of its electric and autonomous vehicle business teams into a refurbished former factory near the train station.

The last train left Michigan Central Station 30 years ago and it has stood vacant ever since, a hulking embodiment of Detroit's long decline from America's manufacturing engine to its biggest municipal bankruptcy.

The building that once handled all of Detroit's passenger rail traffic closed due to a decline in ridership and took on a new life in the subsequent years as a destination for urban explorers, the homeless and scavengers, who picked it clean of anything valuable.

Residents are accustomed to seeing plans to repurpose the building come and go, leaving some locals to take a wait-and-see approach about Ford's interest leading up to Monday's announcement. The building has been pitched as a possible police headquarters or retail space and casino over the years. At one point, the City Council wanted it demolished and forgotten.

Billionaire Manuel "Matty" Moroun, who bought the building in the 1990s, also owns the nearby Ambassador Bridge linking Detroit to Windsor, Ontario. The Moroun family wants to build another bridge over the river.

A refurbished and open Michigan Central would anchor Corktown, a neighborhood with trendy bars and restaurants that is on the upswing.