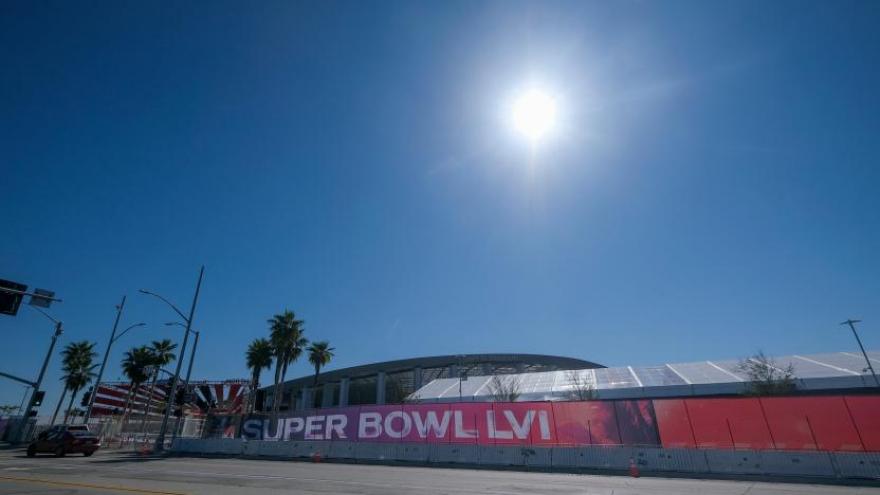 The Department of Homeland Security is warning law enforcement across the country that a convoy of truckers protesting Covid-19 vaccine mandates could soon begin in the US -- with the potential to affect Sunday's Super Bowl in the Los Angeles area and cause other disruptions.

(CNN) -- The Department of Homeland Security is warning law enforcement across the country that a convoy of truckers protesting Covid-19 vaccine mandates, similar to recent protests in Ottawa, Canada, could soon begin in the US -- with the potential to affect Sunday's Super Bowl in the Los Angeles area and cause other disruptions.

A DHS bulletin issued on Tuesday to state and local officials, obtained by CNN, said the agency "has received reports of truck drivers planning to potentially block roads in major metropolitan cities in the United States in protest of, among other things, vaccine mandates for truck drivers."

The DHS warning was first reported by Yahoo News.

"While there are currently no indications of planned violence, if hundreds of trucks converge in a major metropolitan city, the potential exists to severely disrupt transportation, federal government operations, commercial facilities, and emergency services through gridlock and potential counterprotests," the bulletin continued.

A DHS spokesperson told CNN in a statement that the department "is tracking reports of a potential convoy that may be planning to travel to several U.S. cities. We have not observed specific calls for violence within the United States associated with this convoy, and are working closely with our federal, state, and local partners to continuously assess the threat environment and keep our communities safe."

A federal law enforcement official told CNN that early last week, authorities began seeing calls on a variety of online forums for the events in Ottawa to expand into the US. The official said that law enforcement and security officials guarding the Super Bowl in Inglewood, California, are preparing for any possible disruptions.

For nearly two weeks, Canadian truckers have been protesting a new rule that requires them to be fully vaccinated against Covid-19 or face a two-week quarantine in their homes after they return across the US-Canadian border. Others have joined to rally against mask mandates, lockdowns, restrictions on gatherings and other Covid-19 preventative efforts in the country.

Tensions stemming from protests have simmered to the point that traffic at key US transit points has ground to a stop and a judge has temporarily banned demonstrators in the nation's capital from using horns.

DHS said it has worked for more than a year to support security measures around the Super Bowl and dedicated more than 500 individuals from the department to assist. The agency says it has also worked with federal, state and local partners to strengthen security around the US Capitol.

President Joe Biden is set to deliver the annual State of the Union address to Congress on March 1.