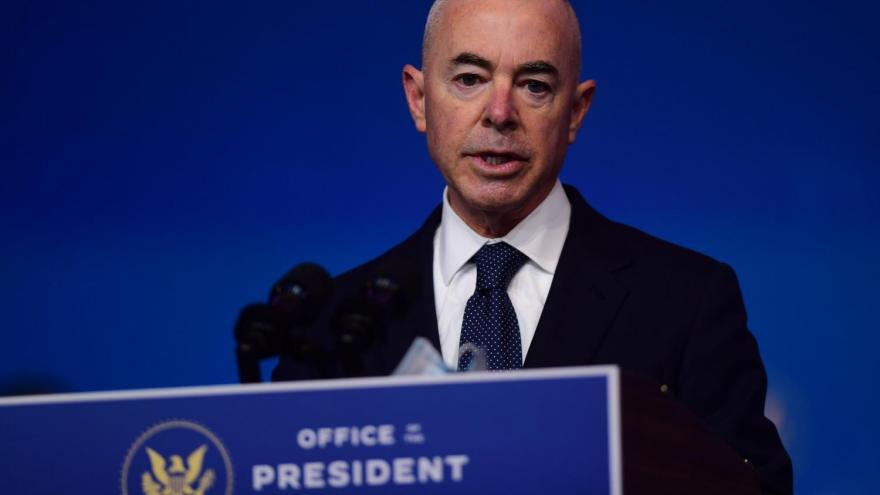 For the first time, the department designated combating domestic violent extremism as a "National Priority Area" for two of its Federal Emergency Management Agency grant programs. FEMA operates several grant programs to assist state and local governments prevent and recover from acts of terrorism and other threats.

These grant recipients will be required to spend at least 7.5% of their grant awards on combating domestic violent extremism, which will amount to $77 million in grant funding across the US, according to DHS.

This is one part of the department's new push to combat domestic terrorism, as officials work to compile a comprehensive threat assessment. The department is also considering expanding training, providing technical assistance to local jurisdictions for threat assessment investigations, and developing strategies to combat the influence of false online narratives, according to an administration official.

The grant announcement came as part of a funding notice for eight state and local preparedness grants worth nearly $1.87 billion.

Additionally, this year's grant awards will prohibit the purchase of certain equipment such as grenade launchers, bayonets, and weaponized aircraft, DHS said.

Mayorkas also directed additional grant funding to support cybersecurity efforts. Recipients of the FEMA grants will be required to spend at least 7.5 percent of their grant awards on cybersecurity updates.

On Thursday, Mayorkas announced the department will soon start a series of cybersecurity "sprints" that will focus first on combating ransomware, building the cyber workforce and improving industrial control systems.

He called ransomware and "epidemic that is spreading through cyberspace," adding that criminals and nation state actors have paralyzed cities across the US, during his first major remarks on cybersecurity since taking office at the President's Cup Cybersecurity Competition -- a national cyber competition for the federal workforce.

The sprints are modeled on actions DHS took in 2015 to improve federal network security, but he did not offer additional details.