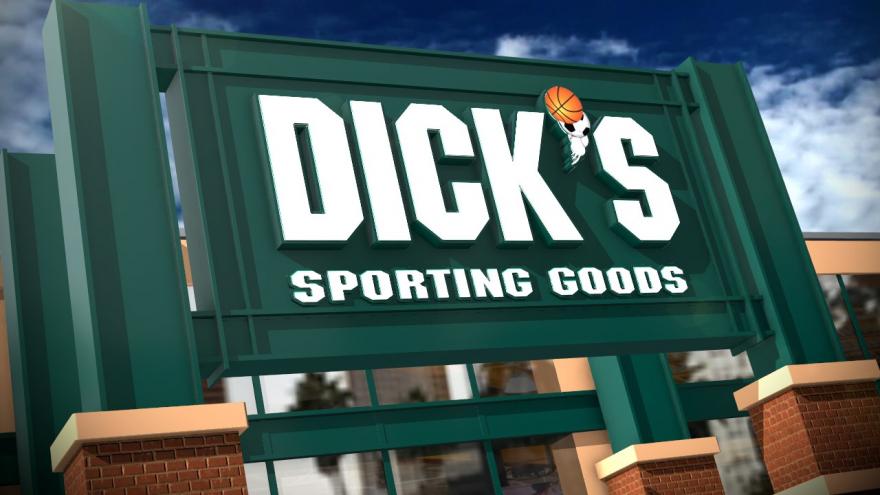 The company removed firearms and hunting accessories from 10 stores last fall as a test. The test went well and sales grew in those stores, Dick's said. So the company decided to pull guns, ammunition, and firearm accessories from an additional 125 stores where sales of the merchandise have underperformed.

"This is around having productive space," CEO Edward Stack told analysts on Tuesday. Stack said Dick's will replace its firearms' sections in those stores with higher-margin sporting goods merchandise that can "drive growth."

The company's stock fell sharply this week after it reported sluggish earnings. Shares has fallen around 6% this year.

This is the latest move by the retailer to scale back its gun sales, even though overall sales have lagged. Stack also hinted that Dick's could remove guns from more of its stores in the future. The company operates more than 720 Dick's stores around the country.

"We look at this as a multi-year initiative," he said. "If it goes as well as expected, we would probably take another batch of stores next year," Stack said.

Last February, the company said it would stop selling assault-style weapons after the mass shooting at a Parkland, Florida, high school shooting. It also raised the minimum age for all gun sales to 21 and stopped selling high-capacity magazines that hold a large number of bullets for semi-automatic weapons.

Stack made the decisions after he learned that the teen charged with the Parkland shooting had bought a shotgun at a Dick's store. It didn't matter to him that the gun wasn't used in the attack.

"You know everybody talks about thoughts and prayers going out to them. That's great. That doesn't really do anything," he said on CNN after the shooting. "We felt we needed to take a stand and do this."

"I basically said, 'I don't care what the financial implication is,'" he recalled at a recent appearance at the WSJ CEO Council.