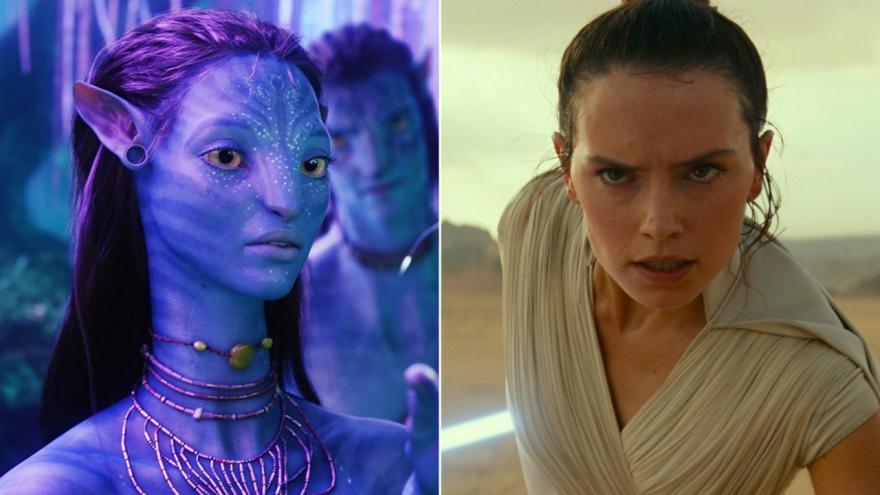 (CNN) -- Disney announced on Tuesday that it is producing three more "Star Wars" films that will hit theaters starting in 2022.

That means there will be a three year hiatus between "Star Wars: The Rise of Skywalker," which hits theaters on December 20, and the next film, which will debut on December 16, 2022.

Two more "Star Wars" films will follow in December of 2024 and 2026, according to Disney, which unveiled a new schedule on Tuesday that also includes release dates for four "Avatar" sequels.

The first "Avatar" movie is the highest-grossing film in history, bringing in roughly $2.8 billion at the worldwide box office in 2009.

Disney did not give titles or plot details for the new "Star Wars" and "Avatar" films. It's not clear if the three "Star Wars" movies are part of a trilogy or if they are spinoffs of the main Skywalker saga. CNN Business has reached out to Disney for comment.

"Star Wars" and "Avatar" make up two of the biggest blockbuster brands in Hollywood history.

Disney acquired "Avatar" when it completed its $71 billion purchase for most of 21st Century Fox's assets earlier this year.

The company also announced that there will be two Marvel films next year on May 1 and November 6. After that, the studio will release three films in 2021 and three in 2022.

Marvel is coming off the highest-grossing film opening in history with "Avengers: Endgame," which made a record $1.2 billion when it debuted last month.

That included a record $357 million opening weekend in North America.