Disney bloggers raise over $40,000 for food bank to help park employees in need 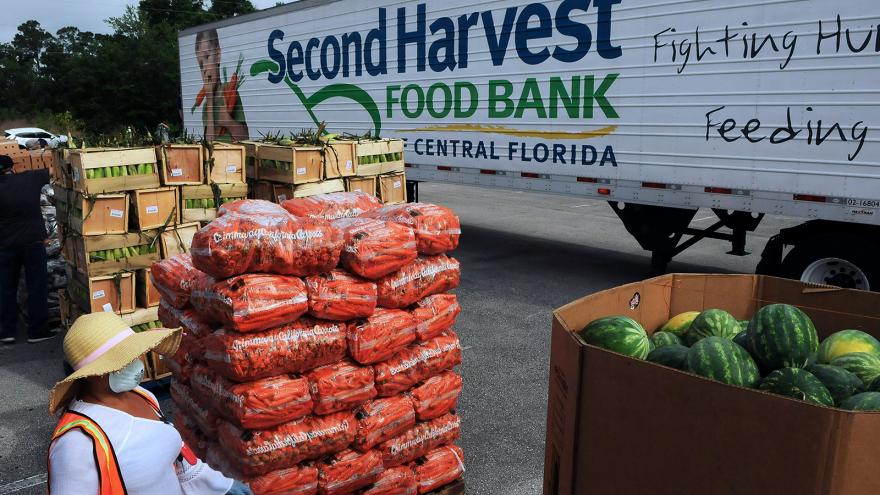 (CNN) -- As news of mass layoffs were happening at their favorite theme park, Disney bloggers from Florida tapped into their online audience to raise over $40,000 for their local food bank.

Sarah and Tom Bricker have been offering advice since 2011 about all things Disney on their blog, DisneyTouristBlog.com, according to the website.

When the Central Florida couple heard that Disney would be laying off thousands of employees, they created a virtual fundraising drive for Second Harvest Food Bank of Central Florida, which has been helping to feed "miles long lines" of Floridians affected by the pandemic, the couple said on their blog.

"Whether you live in Central Florida or not, we're all part of the same community as Walt Disney World fans," the Brickers said on their blog after donating $500 to the cause themselves. "Please join us in helping to give back to those who have made so much magic for us all over the years."

The food bank has doubled its daily distribution during pandemic relief efforts from 150,000 to 300,000 meals a day due to the heightened, sustained need, according to Second Harvest Food Bank of Central Florida Spokeswoman Erika Spence.

"They started the (fundraising) page as a way for their blog community to support local tourism workers who have been economically impacted by recent theme park layoffs, reduced attendance and other factors affecting our local workforce," Spence told CNN.

The couple's initial goal was to raise $2,000, but they quickly surpassed that figure.

"They raised the first $25,000 within 24 hours and as of this morning have raised over $37,000," Spence told CNN. "Each dollar raised can provide four meals to families in need."

The Brickers told CNN that they have not asked Second Harvest to earmark these funds specifically for employees of area theme parks, because all of Central Florida has been affected, with local tourism taking a disproportionate hit.

"We wouldn't want to exclude anyone," Tom Bricker said.

After Disney closed its gates due to coronavirus in March, park officials announced the excess food from the park would be donated to Second Harvest Food Bank in Orange County, CNN has reported.

"With the scale of these layoffs and the unemployment numbers in Central Florida, even more help is still urgently needed in our community," the Brickers said in a blog update. They also encouraged other Disney fans on the West Coast to consider donating to Second Harvest Food Bank in Orange County that serves California.

As for raising over $40,000 in donations by Sunday evening, the couple said they didn't even consider that a possibility.

"We were definitely humbled and heartened to see the generous support the people of the internet," Sarah Bricker said. "But ultimately, you know, we realized that this is just a really small thing that we started and doesn't compensate for the overall hardship that the cast members are experiencing."