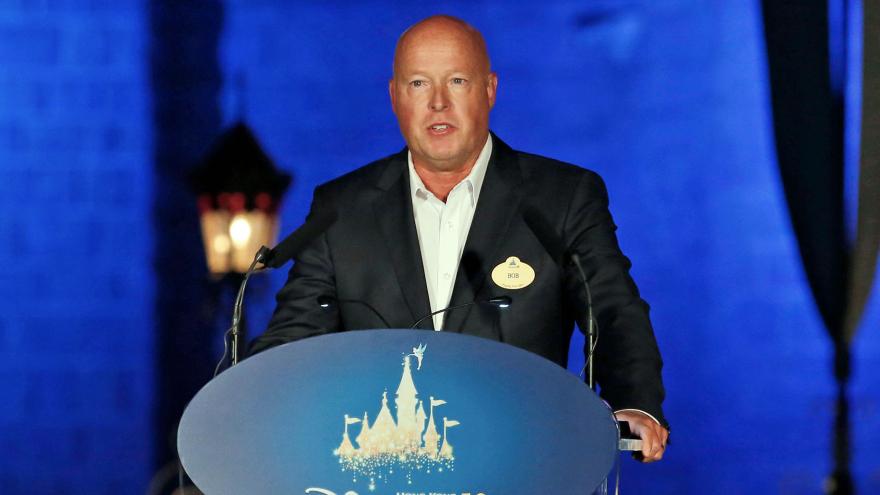 Iger will stay on at Disney through the end of this contract on December 31, 2021, taking on the role as executive chairman to direct the company's creative endeavors.

But who is Chapek and how will he fill Iger's shoes? Colleagues describe him as less charismatic than Iger, but "highly intelligent and organized," according to the Wall Street Journal. This could make him the perfect successor to Iger, whose accomplishments have made Disney the company it is today. All that's needed is an operator who can manage what Iger has put in place. That's where Chapek comes in.

Before his big promotion on Tuesday, Chapek served as chairman of Walt Disney Parks and Resorts. Under his leadership, he oversaw the Disney theme parks' largest expansion in its sixty-year history including the opening of Shanghai Disneyland and nearly doubled the Disney Cruise Line fleet.

While Iger oversaw the strategic acquisitions of Pixar, Marvel and Lucasfilm, Chapek worked to integrate the intellectual property into the theme parks. Last year, Disney opened Galaxy's Edge, a new "Star Wars" land in both Walt Disney World in Florida and Disneyland in California.

"We're asked to build the physical manifestations of what our guests love to watch on screens," Chapek told CNN Business about his role last year. "We're really part of a big machine, a big story-telling machine, but we do it in a physical world. I think that's what makes us a bit different."

Chapek started at Disney in 1993 and worked in the home entertainment unit. When he became president that unit, he spearheaded the well-known and often-criticized "Disney vault" strategy — the practice of releasing its iconic films on home video for a limited time only.He also inked new digital distribution deals for Disney such as Apple's iTunes, according to Variety.

In 2009, Chapek was promoted to president of distribution for Walt Disney Studios, where he was tasked with expanding Disney's digital distribution and converting Disney films into Blu-Ray.

In 2011, he became president of Disney Consumer Products, which expanded his role to retail and other publishing operations. During that time, he executed a "wrenching but ultimately successful restructuring that changed the way Disney approaches the licensing of apparel and toys, among other items," according to a 2015 New York Times story about him.

Chapek graduated from Indiana University Bloomington with a bachelor of science in microbiology in 1981. His alma mater tweeted Tuesday's news, "Congrats to IU Bloomington alum Bob Chapek ('81), who was just named the new CEO of Disney!"

Chapek earned an MBA from Michigan State University in 1984.

He worked in advertising at ad agency J. Walter Thompson and H.J. Heinz Company before joining Disney in 1993, according to his company biography.