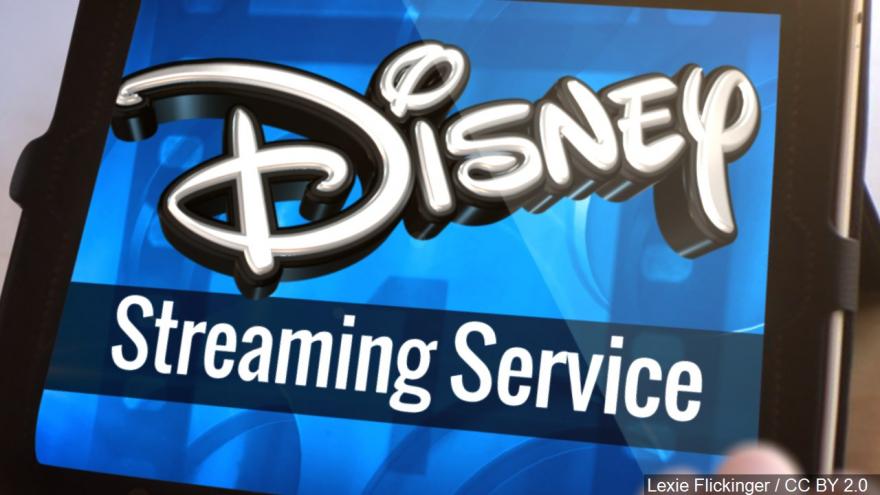 The service, called Disney Plus, has been in the works for more than year, but Thursday marked the first time that the longtime entertainment powerhouse has laid out plans for its attack on Netflix and a formidable cast of competitors, including Amazon, HBO Go and Showtime Anytime.

Disney Plus will roll out in the U.S. on November 12 at a price of $6.99 per month, or $69.99 per year. That's well below the $13 monthly fee Netflix charges for its most popular streaming plan, signaling Disney's determination to woo subscribers as it vies to become a major player in a field that has turned "binge watching" into a common ritual.

Like Netflix, Disney Plus will be free of ads. Subscribers will be able to download all of the shows and movies on Disney's service to watch offline.

Netflix will still have a far deeper video programming lineup after spending tens of billions of dollars during the past six years on original shows such as "House of Cards," ''Stranger Things" and "The Crown."

But Disney Plus will be able to draw upon a library of revered films dating back several decades while it also forges into original programming. Its animated classics, including "Aladdin" and "The Jungle Book" will be available on the service when it launches.

Disney is approaching the streaming industry from a "position of strength, confidence and unbridled optimism," CEO Bob Iger said Thursday. Iger has led the company since 2005 and expects to step down when his contract ends in 2021.

Although Disney has an enviable track record of producing shows and films that attract huge audiences, its attempt to build its own Netflix is risky. To make the leap, Disney ended a lucrative licensing relationship with Netflix, which had become the video streaming home for its latest films after their theatrical release, as well as many of its TV series and classic movies.

But now movies that came out in 2019, and going forward, will be streamed only on Disney Plus. That includes "Captain Marvel," which came out earlier this year; "Avengers: Endgame," which debuts in late April; and the upcoming "Toy Story 4," live-action movies "The Lion King" and "Aladdin;" and "Star Wars Episode IX."

In many ways, it's hard to compare Netflix with Disney because of the widely different types of shows each offers, said eMarketer analyst Paul Verna.

"The interesting thing is both companies have ended up in the same place, but they've come to it from vastly different backgrounds," he said.

Disney will also contend with a new streaming service from Apple, which is expected to be released in the fall. Apple has not yet said how much its service will cost or when exactly it will launch.

Last month, Disney completed its biggest deal yet with its $71 billion acquisition of Fox's entertainment business. The first 30 seasons of "The Simpsons" will now stream exclusively on Disney Plus.

The Fox takeover helps Disney tighten its control over TV shows and movies from start to finish — from creating the programs to distributing them though television channels, movie theaters, streaming services and other avenues. Disney will also get valuable data on customers and their entertainment-viewing habits, which it can then use to sell advertising.

The Fox deal also gave Disney a controlling stake in Hulu. Iger has said Hulu will continue to offer general entertainment programming while Disney Plus will be focused on family fare.

Along with its strong brand, Disney has the advantage of having a clear strategy for each of its streaming services, Verna said, including Disney Plus, Hulu and ESPN Plus. Disney executives hinted the company would "likely" bundle the three at a discounted price, but declined to give more details.

Terminating its deal with Netflix will cost Disney about $150 million in licensing revenue alone during its current fiscal year ending in September.

Disney is betting its new service will quickly offset that. By dangling a mix of familiar franchises and beloved animated classics, along with original programming, it figures the new service will be irresistible to families, even if they already subscribe to other services. It expects Disney Plus to be profitable during its 2024 fiscal year.

The plunge into video streaming is likely to confront Disney with new challenges. One of the biggest dilemmas will center on how long Disney waits after a new film's theatrical release to make it available on its new streaming service.

Disney said movies would become available on its streaming service only after the traditional theatrical release period and home movie debut, which includes DVDs and purchasing streaming videos. That puts its schedule behind that of some competitors. Netflix films such as the award-winning "Roma" and "The Ballad of Buster Scruggs" have either become available for streaming on the same day or just a few days after their short runs in theaters.

With nearly 140 million worldwide subscribers, Netflix already has proven its mettle while warding off one competitive threat after another in the 12 years since it pivoted from DVD-by-mail rentals to video streaming.

Now, Netflix is locking horns with a company that has been steadily expanding upon its Disney franchise during a shopping spree that has seen it snap up other major studios.