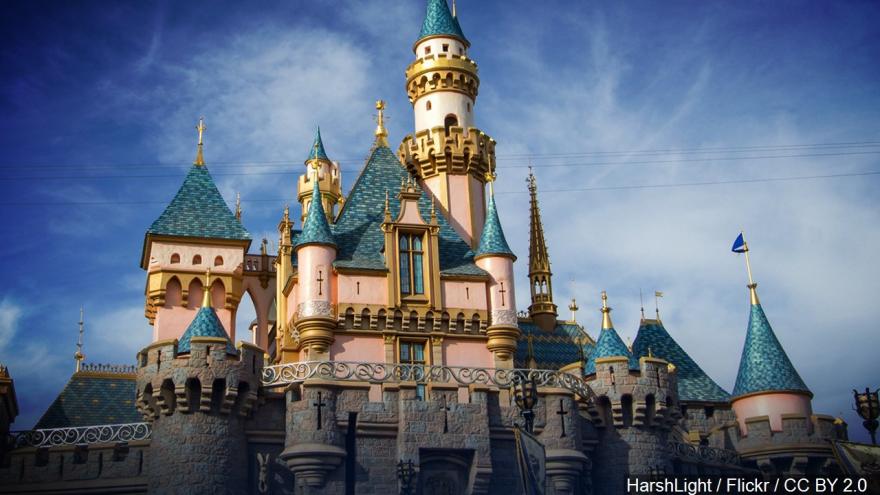 The announcement follows an update from the state of California on Friday allowing amusement parks to reopen with capacity limits starting on April 1.

Chapek made the Disneyland announcement during the annual meeting of Disney shareholders.

"While last week's announcement stated that theme parks may open starting on April 1, the fact is it will take some time to get them ready for our guests," Chapek said.

He said that the company will recall more than 10,000 furloughed workers, who will need to be retrained according to new state requirements. An opening date will be announced in the coming weeks, he said.

Attendance will initially be limited to 15% capacity at Disneyland.

The announcement on Friday by state Health and Human Services Secretary Mark Ghaly affects all of California's amusement parks, including Magic Mountain and Universal Studios, along with sports and concert venues.

"We feel like now is the appropriate time to begin to reintroduce these activities in some fashion, and in a guarded way, in a slow and steady way," Ghaly said in a teleconference.

It's not just Disneyland that's been hurt. Theme parks, sports and concert venues have been shuttered in California for nearly a year to reduce the spread of Covid-19.

Disney profits have been hit by closures

Ken Potrock, president of Disneyland Resort, told CNN last week that "we are encouraged that theme parks now have a path toward reopening this spring, getting thousands of people back to work and greatly helping neighboring businesses and our entire community.

"With responsible Disney safety protocols already implemented around the world, we can't wait to welcome our guests back and look forward to sharing an opening date soon."

Profits for the company have taken a huge hit as the company reported $29 million in the first fiscal quarter of 2021, down 99% from $2.1 billion last year. With its theme parks and other in-person businesses either limited in capacity or entirely closed, Disney has relied on ventures such as the Disney+ streaming service to keep things going.

"Our Disney cast members are heartened by this good news today that the Disney parks will be reopening in a month," said Andrea Zinder, president of UFCW's Local 324, in a statement.

"They have been furloughed or out of a job for a year now and are excited to go back to work to provide Californians with a bit more magic in their lives."

Why the parks can reopen in California

For an amusement part to reopen, the spread of Covid-19 in each county where a theme park is located must be reduced enough to advance out of the state's most restrictive reopening tier.

California has four color-coded tiers for counties with purple being the most stringent. As of Monday, Los Angeles and Orange counties, home to Disneyland and Universal Studios, remained in the purple tier. Both will likely advance to the less-restrictive red tier in the next week or two.

For theme parks located in the red tier, attendance will be limited to 15% of capacity, and only California residents will be allowed to reserve admission to the parks. California remains under a statewide travel advisory that asks residents to remain within 120 miles from their homes.

There will be a time limit on indoor rides, though most are fairly short and already socially distanced. Thrill-seekers will be generally required to queue up outside and enter in groups.

Status of other Disney parks

The pandemic affected Disney's park operations around the world.

Hong Kong Disneyland reopened in February. It was the third reopening for the park since the start of the pandemic.

Disneyland Paris was originally scheduled to reopen on February 13. But the park announced in January that its reopening date was moved to April 2 "due to the prevailing conditions in Europe."

Though Tokyo Disneyland and Tokyo DisneySea are open, a visitor cap is reportedly in place until at least March 7, with each park allowing 5,000 visitors per day, excluding those who have already bought advance tickets.

In Florida, most of Disney World's parks are open, and Blizzard Beach water park is due reopen on March 7. No reopening date has been set for Typhoon Lagoon, however.