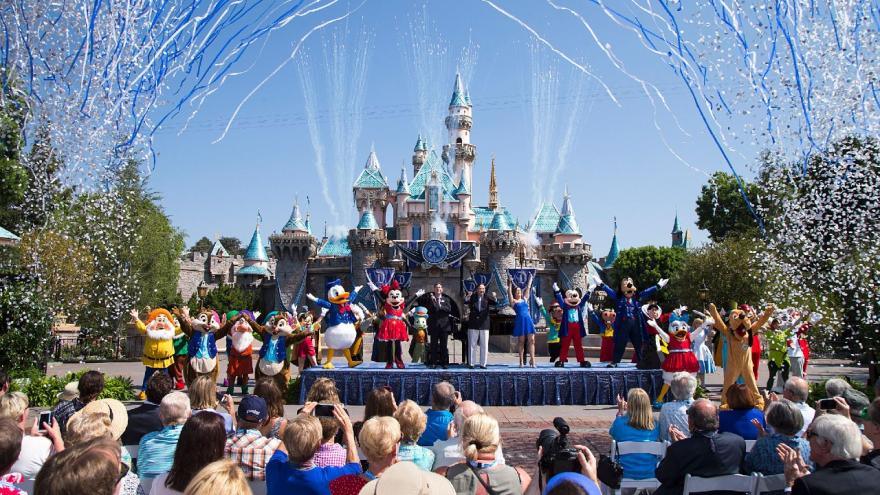 (CNN) -- It's been a long year for Disneyland fans, but "The Happiest Place On Earth" is finally set to reopen its doors.

The flagship Disney resort, which houses Disneyland and its sister theme park California Adventure, plans to reopen with limited capacity on April 30, the company announced on Wednesday.

Disneyland's doors in Anaheim, California, have been closed more than a year because of the Covid-19 pandemic.

"The day all of us have long been waiting for is almost here," Ken Potrock, president of the Disneyland Resort, said in a statement Wednesday. "We're excited to have more than 10,000 cast members returning to work as we get ready to welcome our guests back to this happy place."

But "until further notice," only California residents may visit the parks because of state health guidelines, the company said. Safety measures include mandatory masks for guests over the age of 2, social distancing and use of a new ticketing system to help manage capacity.

Still, Disneyland's reopening is a major moment as the company attempts to rebound after the coronavirus outbreak hobbled its businesses.

Though the company's media empire was hit hard, with blockbuster after blockbuster delayed, it's Disney's lucrative parks and resorts business that was dealt the biggest blow.

"It's the final sign that things are getting back to normal for the Disney company," Robert Niles, editor of ThemeParkInsider.com, told CNN Business of the reopening. "Having Walt Disney's original park closed, even with the others being open, was still a reminder that something was amiss."

Though Disney World and other Disney parks have been able to reopen, the months of closures led to big layoffs with the company shedding more than 32,000 employees. Disney's resort unit had employed more than 170,000 people around the world, but it has not released updated numbers since the layoffs.

The Disneyland reopening is "phased and subject to change" based on evolving guidance from authorities. The reopening date comes after the state of California said earlier this month that it would allow amusement parks to reopen with limited capacity starting on April 1.

Disney said the Grand Californian, a hotel located on Disneyland property, will reopen April 29. The resort's other hotels, Disney's Paradise Pier Hotel and the Disneyland Hotel, will "reopen at a later date."