Dispute with neighbor may offer clues to motive in California shootings 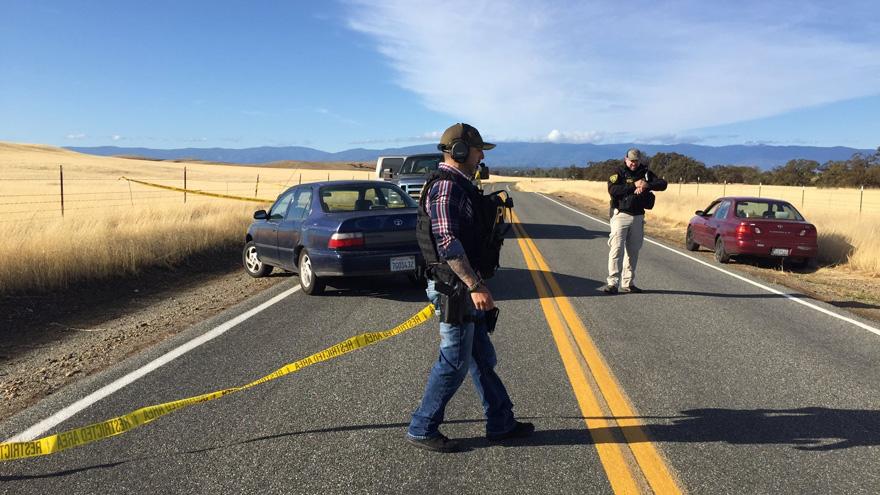 (CNN) -- The motive behind a shooting rampage Tuesday in Northern California remains unclear, but authorities say a dispute with a neighbor may have led the gunman to carry out his deadly outburst.

In all, the shootings spanned seven sites in Rancho Tehama, left four people dead and wounded at least 10 others before police killed the shooter.

The gunman has not been publicly identified but was known to law enforcement, Tehama County Assistant Sheriff Phil Johnston said.

The man was arrested in January on suspicion of assault with a deadly weapon in a case that involved a neighbor, who was among those found dead Tuesday, Johnston said. The woman had a restraining order against the shooter.

"This is an individual who armed himself, I think with the motive of getting even with his neighbors and when it went that far (that someone was killed) he just went on a rampage," Johnston said.

Still, Johnston said it "could have been so much worse." Wearing a tactical vest and armed with extra magazines, the gunman attempted to enter classrooms at Rancho Tehama Elementary School.

The staff at the small school west of Corning moved quickly when they heard gunfire nearby just before classes were set to begin.

Doors were locked and students rushed inside, where they hit the floor underneath desks and tables.

The shooter rammed a stolen pickup through the school's locked gate, walked into the schoolyard and fired his rifle through windows and walls.

The shooter could not get inside and left six minutes later, apparently frustrated.

The gunfire that triggered the alert at the school came when the shooter fired from his vehicle into others on his way to the school, about 2 miles from his home. The killer apparently chose most of his victims at random, sometimes firing at passing motorists and homes and gunning down someone after he purposely crashed into another car.

"This individual shooter was bent on engaging and killing people at random. I have to say this incident, as tragic and as bad as it is, could have been so much worse," Johnston said, applauding the quick thinking of the school staff.

Wounded victims included a mother driving her children to school when the attacker opened fire. The woman was being treated for life-threatening injuries. A child who was in the vehicle was not seriously wounded, according to Johnston.

One student at the school was wounded and was in stable condition, the school district said. Others were hurt by flying glass.

Mom raced back to school to warn people

A fearless mother may have also helped warn staff at the school about the danger.

Sara Gonzalez said she had dropped her daughter off at the school when the gunman attempted to shoot her as their vehicles passed. She said thinks the gunman's windshield stopped the bullet.

She turned her vehicle around.

"I went to my daughter's school and started honking, making people know what was going on," she said.

Gonzalez said the gunman fired at her as she tried to get out and find her daughter. She saw the man's face but he said nothing.

Jessie Sanders told CNN affiliate KCRA he tried to draw the gunman's attention away from the school.

He said he ran over to the school when he heard the crack of a semi-automatic rifle.

"When I get there, the dude was shooting through the windows," he told the Sacramento TV station. "And I said, 'Hey why don't you shoot this way instead.' "

Inside the school the children tried to stay low.

Gonzalez's daughter, Arianna Ibarra, was on the floor with her fourth-grade class.

"Our teacher told us to go under our desk and keep flat in case he comes inside," Arianna said.

The teacher blocked the door with a computer, the 10-year-old said.

Three firearms among the weapons recovered

It was unclear whether the gunman went to the school looking for someone he knew.

"We have not connected him with any one person in the school," Johnston said.

A semi-automatic rifle and two handguns believed to be used by the gunman have been recovered, according to Johnston. There is another gun that police have yet to recover in a stolen vehicle.