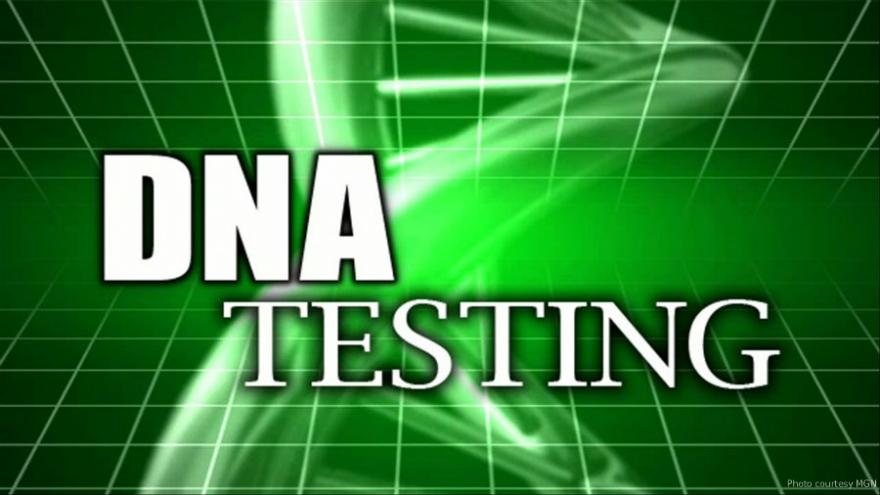 (CNN) -- At first, it didn't make sense why Sally Ashby's fertility doctor would weep upon hearing the news that her family and she were moving to a different state, from Idaho to Washington.

Now, decades later, a lawsuit alleges that the doctor used his own sperm to inseminate Ashby during a fertility treatment procedure, fathering her daughter.

According to the lawsuit, Ashby and her husband at the time, Howard Fowler, sought the doctor's help when they had trouble conceiving a child. Ashby thought the doctor used anonymous donor sperm from a college student for the procedure that led to the birth of her first child, Kelli Rowlette, in the spring of 1981.

Yet last year, Rowlette, now 36, discovered through a commercial DNA test that she had a parent-child genetic match with her mother's doctor, Dr. Gerald Mortimer, according to the lawsuit.

"While the family understands the public's interest in their story, they ask that their privacy be respected as they focus on the difficult process of healing from this trauma," family attorney Shea Meehan wrote in an email Wednesday.

Efforts to reach the now-retired Mortimer for comment were unsuccessful, and the Mortimers have not listed a defense attorney with the Clerk of Courts.

Michael Wheiler, a lawyer representing Obstetrics and Gynecology Associates of Idaho Falls, said the health care professionals who now provide services there were not involved in the practice at the time the allegations against Mortimer were said to have occurred.

Additionally, Wheiler said, he is not aware of any other patient claims against Mortimer.

Ashby and Fowler met Mortimer in 1979, when they were a married couple residing in Idaho Falls, according to the lawsuit.

After diagnosing Ashby with a tipped uterus and Fowler with a low sperm count, Mortimer recommended that the couple undergo a procedure that involved donor sperm being mixed with Fowler's sperm prior to inseminating Ashby -- with 85% of the mixture being from Fowler and 15% from a donor, the lawsuit claims.

The couple agreed to the procedure, according to the lawsuit, but only if the donor could be a college student who looked like Fowler, with brown hair and blue eyes, and who was taller than 6 feet.

In 1980, Ashby discovered that she was pregnant, and nine months later, Rowlette was born.

Mortimer remained Ashby's ob-gyn for several years, and "two years after Kelli Rowlette's birth, Ms. Ashby and Mr. Fowler successfully conceived a son without medical assistance," according to the lawsuit.

"Ms. Ashby, Mr. Fowler, and their children eventually moved from Idaho Falls, Idaho to the State of Washington. Dr. Mortimer cried when Ms. Ashby informed him they were moving. Dr. Mortimer knew Kelli Rowlette was his biological daughter but did not disclose this to Ms. Ashby or Mr. Fowler," the lawsuit alleges.

The lawsuit claims that Mortimer's use of his own sperm to impregnate Ashby remained a secret until July.

That's when Rowlette took an Ancestry.com DNA test and noticed that her results predicted a parent-child relationship with Mortimer. At the time, Mortimer was a complete stranger to her, according to the lawsuit.

Believing that the results were a mistake, Rowlette gave her mother access to her Ancestry.com account, according to the lawsuit.

"When Ms. Ashby was alone, she accessed the account to investigate further. When Ms. Ashby saw Dr. Mortimer's name, she was devastated. Ms. Ashby contacted Mr. Fowler, her now ex-husband, and relayed the information she obtained from Ancestry.com. Mr. Fowler was also devastated," the lawsuit says.

In order to be matched with someone on Ancestry.com, the website explains that both people have to be in the AncestryDNA database.

"Based on what we know from what's been reported, and the knowledge of how our system works, it's possible that both biological mother and father both took the test, and that the child did as well, however without further details we cannot speculate on individual cases," Melissa Garrett, a spokeswoman for Ancestry.com, wrote in an email.

Meanwhile, Rowlette was unaware of what transpired until October, when she found old paperwork at Fowler's house. It was her birth certificate, and according to the lawsuit, she noticed a familiar name signed on it: "Dr. Mortimer."

According to the lawsuit, Rowlette was horrified.

Issues related to fertility affect a significant proportion of the global population, including more than 10% of women, according to the World Health Organization.

In the United States, about 6% of married women ages 15 to 44 are unable to get pregnant after a year of trying.

Ancestry.com said in a statement that DNA testing helps people make powerful discoveries about their family history and identity and that the company is committed to delivering accurate results.

"However with this, people may learn of unexpected connections. With Ancestry, customers maintain ownership and control over their DNA data. Anyone who takes a test can change their DNA matching settings at any time, meaning that if they opt-out, their profile and relationship will not be visible to other customers," the statement said.

In the lawsuit against Mortimer, Rowlette and her parents are requesting an amount in excess of $75,000 plus costs, disbursements, reasonable attorney fees and interest.

This isn't the first time a male doctor has been accused of using his own sperm in a fertility treatment procedure.

A 1993 wire article in The New York Times reported that a doctor used his own sperm to inseminate women and tricked others into believing that they were pregnant. He was sentenced to five years in prison and ordered to pay $116,805 in fines and restitution.

In 2016, a doctor was accused of using his own sperm to inseminate his patients after a woman discovered that he was her mother's fertility doctor. He received a one-year suspended sentence after pleading guilty to two charges of obstruction of justice, the Chicago Tribune reported.