DNC warns 2020 campaigns not to use FaceApp 'developed by Russians' 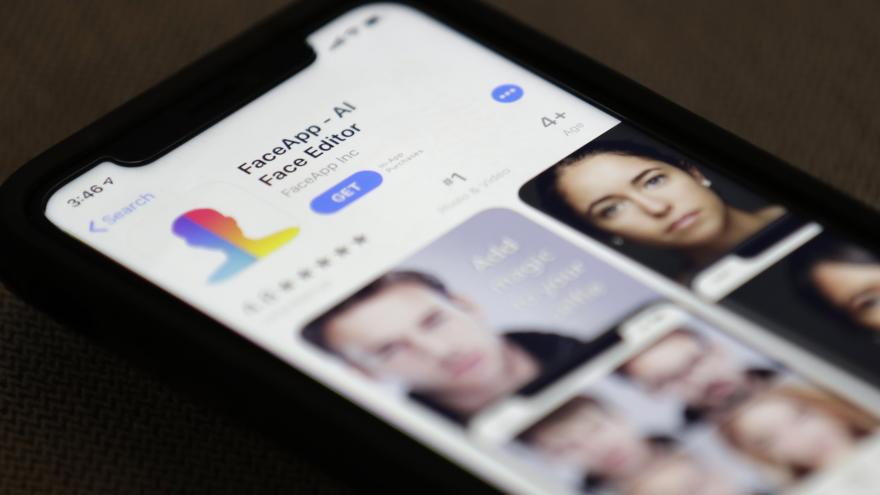 (CNN) -- The Democratic National Committee sent a security alert to 2020 presidential campaigns Wednesday afternoon warning them not to use the popular smartphone application FaceApp, CNN has learned.

"This app allows users to perform different transformations on photos of people, such as aging the person in the picture. Unfortunately, this novelty is not without risk: FaceApp was developed by Russians," the alert from Bob Lord, the DNC's chief security officer, read.

FaceApp, which was released in 2017, went viral this week with celebrities and other public personalities all around the world sharing photos of themselves edited through the app. The app's makers says it uses artificial intelligence technology to edit the photos.

Responding to concerns from some security experts, the makers told TechCrunch, "Even though the core R&D team is located in Russia, the user data is not transferred to Russia."

In 2016, the DNC and Democratic campaigns were attacked by Russian hackers. Since 2016, the DNC has sought to take steps to prevent a repeat of 2016 by investing in cyber security, including hiring Lord, a former Yahoo! executive.

Lord told campaigns that the DNC had "significant concerns about the app (as do other security experts) having access to your photos, or even simply uploading a selfie."

"It's not clear at this point what the privacy risks are, but what is clear is that the benefits of avoiding the app outweigh the risks," Lord continued.

Lord recommended "campaign staff and people in the Democratic ecosystem" should not use the app.

He added, "If you or any of your staff have already used the app, we recommend that they delete the app immediately."

Last August, the DNC warned candidates running in last November's midterms not to use devices produced by Chinese manufacturers ZTE and Huawei.