Dockless bikes are now showing up on San Diego's shoreline 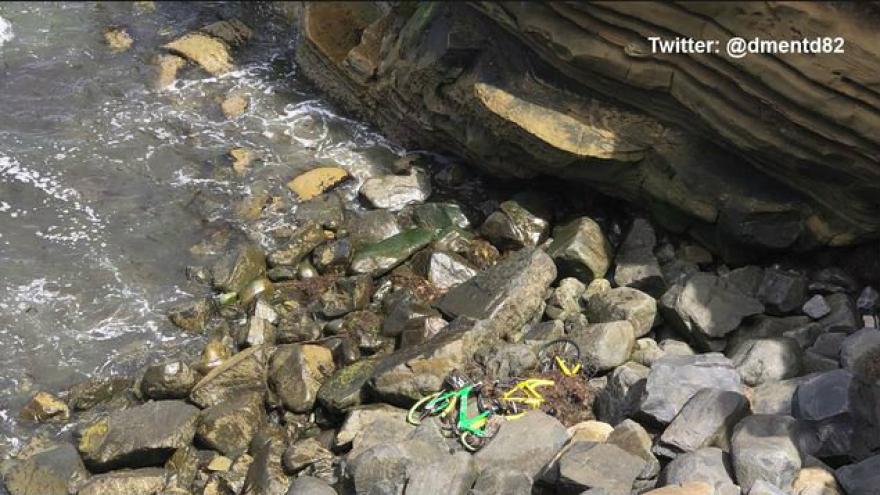 San Diego, CA (KGTV) -- Since dockless bicycles have hit San Diego County, many have found convenience in grabbing a bike and traveling around the town.

Though many others have taken a less intended approach to the trend, damaging bikes in various ways.

Locals have reported finding bikes in various states of disrepair around San Diego. Wheels missing, bikes broke in half, brakes cut. Now, some are showing up on the county's shoreline.

A photo posted on Twitter shows two bikes, which appear to be from LimeBike and Ofo, sitting on the rocks at Sunset Cliffs. They were found near an area known as "Jumpoff Point."

10News weather watcher Jim Grant told 10News the area brings out locals who salvage items during low tide, but bikes are generally not on their list.

Video posted to Instagram claims to show users of a LimeBike riding off a cliff into the waters off Sunset Cliffs.

On at least one of those occasions, they assisted one of the companies with retrieving a bike.

10News has reached out to LimeBike about what happens with these damaged bicycles but did not immediately receive a response.