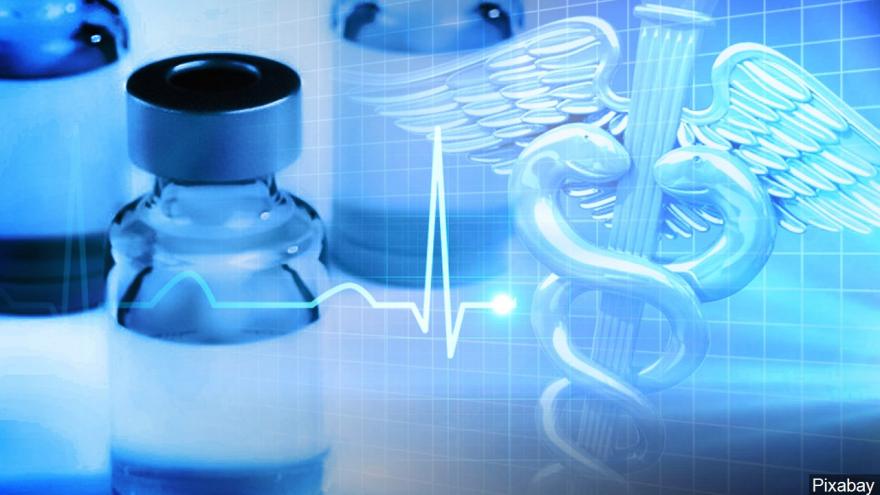 Detroit, Mich. (WXYZ) -- When he was diagnosed with two autoimmune diseases, Joel Hechler knew he’d be in for a battle. He did not realize maybe his toughest one would be with his insurance company.

“I think they put the dollars ahead of a patient’s health,” Hechler said. “I don’t think they fully understand the impact the medicine will have on my long-term health and well-being."

Hechler suffers from Crohn’s disease and ulcerative colitis, diseases that attack the lining of his digestive tract. Autoimmune conditions like his can’t be cured but, with the right medication, the symptoms can be controlled.

Finding the right medicine can be hard for those suffering from autoimmune diseases. Even if there are scores of drugs on the market, some patients might only respond to one. In Joel’s case, his doctor thought he’d have a better chance trying a drug called Remicade.

“I received a letter from my insurance company that denied the Remicade, on the basis that I have to try a different drug before I can get to Remicade." Hechler recalled.

Joel’s insurance company, Premera Blue Cross, would not approve the drug his doctor prescribed because they wanted him to try a cheaper one first.

It’s part of a program that health insurers nationwide use called step therapy, requiring that patients try less-costly drugs before “stepping up” to more expensive ones, even if your doctor believes the cheaper drug won’t work.

“They have to fail this medicine first before they get the new drug,” Adler said. “That doesn’t make any sense.”

“You have seen patients get worse because of the delay for step therapy,” said Channel 7’s Ross Jones.

In Joel Hechler's case, it took six weeks of fighting with his insurer to convince them that the cheaper drug wouldn’t be effective. As he was waiting, he was getting worse.

“It got to the point where I had to be admitted to the hospital. I was very, very sick.” Hechler said.

“It seems like you’re telling patients that, in many cases, your insurer knows what’s best for you, rather than your doctor,” said Jones.

“We are trying to provide the most cost effective and safe medication use,” Perry said, adding that when a doctor and insurer disagree over a drug, they can usually resolve the case within a few days without putting a patient at serious risk.

“A delay of one or two days I don’t think is really going to make that much of a difference for the medical outcome of the patient," he said.

But for many patients, like Phyllis Toole, the delay is longer than a few days.

Phyllis suffers from rheumatoid arthritis, a condition where her body attacks her joints. When her doctor wanted to put her on Orencia, her insurance company HAP said she needed to first try a less expensive drug, Humira.

But Phyllis’s doctor was worried about possible side effects and thought Humira could be risky.

After battling for months, Phyllis says the whole thing made her feel more like a number than a patient. With her doctor and insurer in a standoff, she was forced to rely on samples of the drug she got from her doctor. HAP never approved her prescription.

In a statement, HAP said:

Due to HIPAA laws and out of respect for our members’ privacy, HAP cannot comment on specific health information of individuals. However, it’s always in the best interest of everyone for the patient to get the best care as quickly as possible. This includes having access to the medication that is best able to control their condition, based on clinical evidence.

Step therapy is a process designed to make sure the patient is getting the most effective medication at the most reasonable cost. Step therapy is common practice not just with commercial insurers, but also with Medicare and Medicaid – programs that fall under federal government oversight.

Insurers are obligated not to discriminate when determining coverage. When an employer purchases specific coverage for its employees, for example, insurers by law must adhere to those rules of coverage for everyone in that group.

If a request for a specific drug or treatment is denied, HAP notifies the member and the physician of the robust appeals process, which is in place to protect the consumer. This appeals process makes sure that a variety of medical experts are reviewing the case and making determinations based on clinical evidence as well as the patient’s personal history.

Depending on the type of insurance plan the individual has, this appeals process may include an independent review by the Michigan Department of Insurance and Financial Services (DIFS).

HAP adheres to these appeals processes and makes our members aware of them because we take our members’ rights very seriously and we want to make sure they are getting the care and treatment that will provide the best health outcomes.