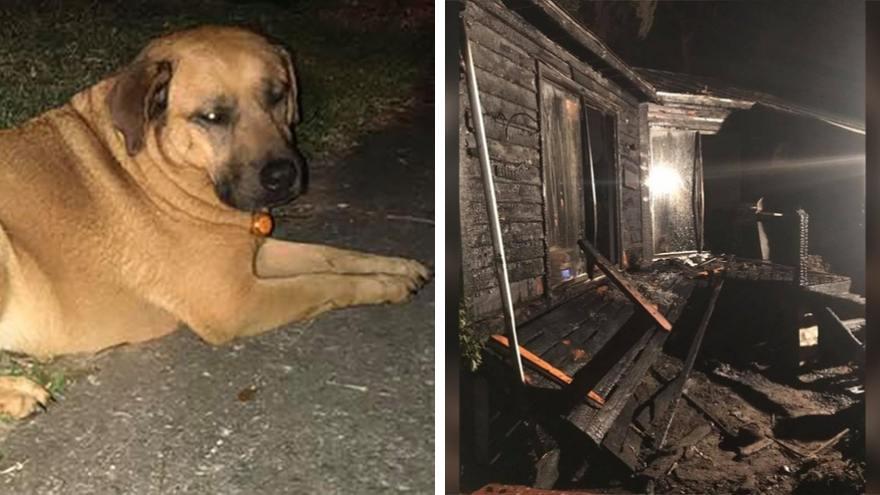 Curly, the world\'s best dog and Rand\'s home after the fire. CREDIT: The City of Beaufort Fire Department/Facebook
By Christina Maxouris, CNN

The brave dog saved his owner from a house fire that destroyed part of their South Carolina home.

"Right from the start, he just attached to me," he told the news station. "He picked me."

Rand, a Vietnam veteran, lives by himself and only woke up Monday morning after his dog began poking him with his nose, the City of Beaufort/Town of Port Royal Fire Department said.

"I got up and started walking, as soon as I walked by the hallway the house was overly smoky," he told the news station. "Then I saw the flames through the side window."

Rand was able to get out of the house with Curly and call 911, the fire department said. Authorities were able to save some of his belongings, including his war medals, WJCL reported.

Now, Rand says his home looks like a "disaster." The fire damage was extensive, the affiliate reported.

"I forget what it used to look like," the veteran said.

But they both made it out all right.

So, we're not saying adoptinga dog could save your lifebut ... it could.