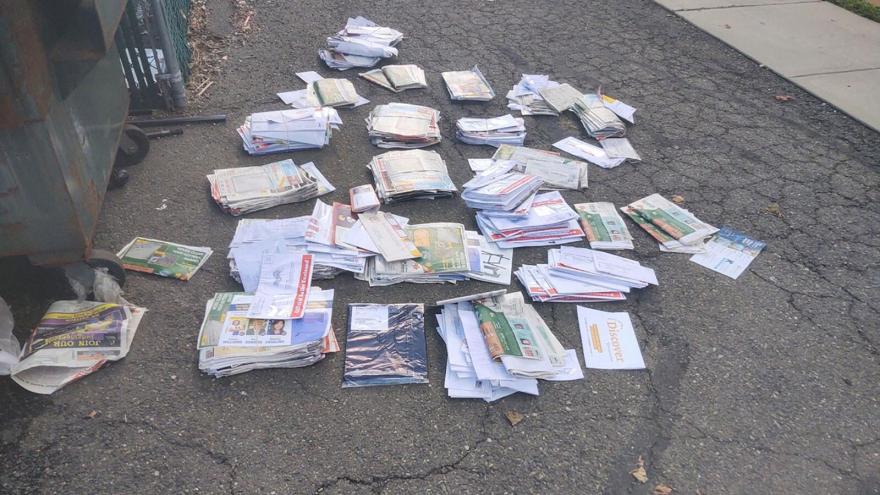 (CNN) -- The Department of Justice has charged a mail carrier for dumping mail, including ballots, in two dumpsters in New Jersey.

According to a DOJ statement, 26-year-old Nicholas Beauchene was arrested and charged with one count of delay of mail and one of obstruction of mail. If found guilty of both charges, he faces up to five years and six months in prison and a $255,000 fine.

Court documents say that Beauchene has worked for the Postal Service since July. He's accused of dumping 1,875 pieces of mail in two dumpsters, one in North Arlington and the other in West Orange.

Howard Dinger, a North Arlington resident, told CNN he found the mail sitting in a North Arlington dumpster, wrapped with rubber bands on Friday. He discovered it while throwing out his own trash. Dinger said he immediately called the police.

Beauchene will have his first court appearance Wednesday afternoon at a federal court in Newark, the Justice Department said.

CNN has reached out to Beauchene for comment. The New Jersey State Association of Letter Carriers union had no comment.