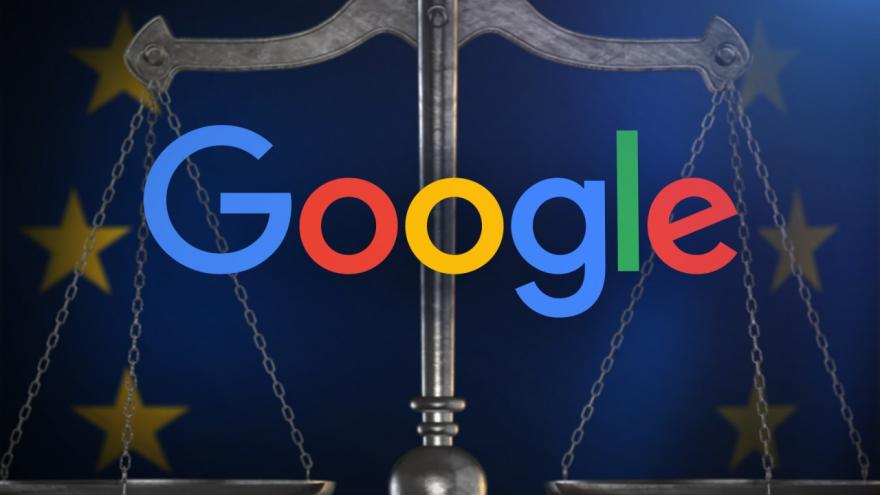 (CNN) -- The Justice Department is laying the foundation for a potential antitrust investigation of Google, three people familiar with the matter say — zeroing in on one of the world's wealthiest and most powerful tech companies as policymakers around the globe are calling for tougher regulation of an increasingly embattled industry.

Negotiations between DOJ and the Federal Trade Commission in recent weeks have resulted in the Justice Department gaining control over a possible investigation of the tech giant, the people said on Saturday.

The decision reflects the first steps in what could become a wide-ranging probe into the company's business practices. While the scope of DOJ's interest is unclear, agency regulators led by antitrust chief Makan Delrahim may focus their attention on Google's search business, according to two of the people familiar with the possible probe. Google's advertising practices could also come under scrutiny, said one of the people.

A looming DOJ investigation poses the newest and most serious challenge yet to the tech industry from Washington, where political leaders have accused Silicon Valley titans of strangling competition and in some cases have demanded the companies be broken up. Those calls have been spurred on by an endless string of privacy mishaps, misinformation scandals and the proliferation of graphic and hateful content on the tech platforms.

Google, which has said healthy and thriving markets are in everyone's interest, declined to comment on the potential probe. The Justice Department and FTC also declined comment.

A fresh investigation of Google by US regulators could reopen old wounds. The company was last under investigation by the FTC as recently as 2013, but emerged relatively unscathed after the firm pledged to change certain aspects of its business, such as how it handles content from third-party travel or shopping sites. The FTC then closed the investigation.

The Justice Department's recent talks with the FTC — a process known as "clearance" — suggest the likelihood of a new probe is high, some analysts say.

Still, just because DOJ is taking on responsibility for Google's oversight does not mean an investigation has been opened or that the agency is imminently poised to act against Google, said Gene Kimmelman, a former Justice Department antitrust official.

"This is a warning sign for Google," he said. "It's quite clear the Department of Justice will be at least scrutinizing their behavior very carefully."

Regulators' renewed scrutiny of Google is reminiscent of the critical reception the search giant has faced in Europe in recent years. EU officials have slapped Google with billions of dollars in fines for allegedly anticompetitive practices. Those practices ranged from Google's advertising rules for websites to its bundling of proprietary apps on Android smartphones.

Maureen Ohlhausen, a former acting chairman of the FTC, said the tech industry's fall from political grace has raised expectations for the nation's top competition enforcers — and for Delrahim to "[stake] out new territory for DOJ."

"With the continuing techlash from the right and the left, both antitrust agencies are under pressure to escalate their actions," she said.

One complicating factor for US regulators may be President Donald Trump, who has mused in public about "looking at" companies such as Amazon, Facebook and Google from an antitrust lens. Trump has repeatedly shown an interest in regulating tech platforms. But his remarks have proven controversial because antitrust investigations are supposed to take place free from White House influence.

Similar concerns surrounded the Justice Department's 2017 antitrust lawsuit against AT&T — now the parent company of WarnerMedia, which owns CNN — as the telecom giant sought to acquire Time Warner. In federal court, AT&T sought White House communications logs that could have shed light on the matter, but a judge restricted the case to economic analysis.

"The companies ought to be careful about how they behave at this moment," Kimmelman added. "But I also think there will be enormous scrutiny of what the enforcement officials do, and why they do it."