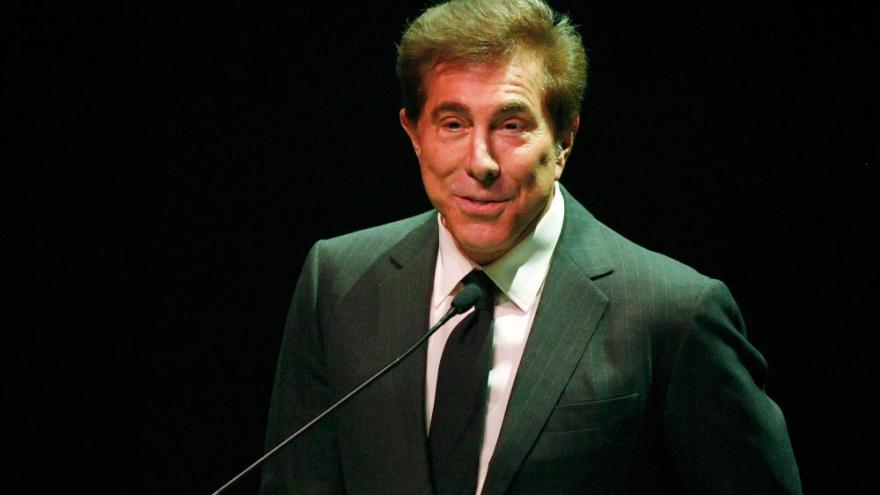 The complaint alleges that Wynn was working as an agent on behalf of the People's Republic of China and a former PRC official, Sun Lijun.

"Specifically, at the request of Sun, and on behalf of the PRC, the Defendant conveyed to former President Donald J. Trump and his Administration ('the Trump Administration') the PRC's request to remove from the country a PRC national who had sought political asylum in the United States," the complaint, filed Tuesday in DC federal court, says. "In so doing, from at least June 2017 through at least August 2017, the Defendant acted as an agent for foreign principals Sun and the PRC and engaged in political activities on their behalf in the United States."

The Justice Department says it sent Wynn letters in May 2018, October 2021 and April 2022 informing him of his obligation to register under FARA, and now is seeking an injunction from the court requiring Wynn to do so. The move to use a civil lawsuit to force a FARA registration is extremely rare, and, according to the DOJ news release unveiling the complaint, it is the first time in three decades that the Department has filed this kind of affirmative civil lawsuit.

The DOJ contends that Wynn, in his alleged work on behalf of the PRC, was motivated "by his desire to protect his business interests" in China, with prosecutors pointing specifically to the casinos Wynn operated in Macau.

Wynn's attorneys, in a Tuesday statement to CNN, denied that he ever acted as an agent of the Chinese government and said he had no obligation to register under FARA.

"We respectfully disagree with the Department of Justice's legal interpretation of FARA and look forward to proving our case in court," Wynn's attorneys, Reid H. Weingarten and Brian M. Heberlig, said.

The complaint alleges that Wynn was asked in June 2017 to help on the lobbying effort by Elliott Broidy, who, like Wynn, is a former finance chairman of the Republican National Committee.

Broidy pleaded guilty in 2020 to one count of conspiracy, in a case concerning both the effort to remove the PRC national and a separate effort aimed at stopping a criminal investigation into massive fraud at a Malaysian investment fund.

The new civil lawsuit filed against Wynn recounts texts that Wynn's wife allegedly received and sent on his behalf about the alleged lobbying effort.

The complaint quotes a text from Broidy sent after the dinner to Wynn, via Wynn's wife, in which Broidy said that Sun was "extremely pleased and said that President Xi Jinping appreciates [the Defendant's] assistance."

In addition to other alleged texts from Broidy expressing Sun's gratefulness for Wynn's help, the complaint says that Wynn had several calls with Sun about the renewal of the PRC national's visa.

"The Defendant mentioned his business interests in Macau to Sun on multiple phone calls," the complaint says.

Additionally, the DOJ alleges that Wynn on several occasions brought up the PRC national in conversations with White House officials and in at least one meeting with Trump himself, as well as in a phone call Wynn and Broidy had with Trump from Broidy's yacht.

"The efforts to have the PRC national removed ultimately were unsuccessful," the complaint says. "Sun continued to contact the Defendant through approximately October 2017, at which point the Defendant informed Sun that he had made U.S. Government officials aware of the request, that the Defendant was not able to provide any more assistance, and that Sun should stop contacting him."

In 2018, Wynn stepped down as chief executive of Wynn Resorts and as finance chair of the RNC amid allegations of sexual misconduct at his casino company. Wynn has denied the allegations.