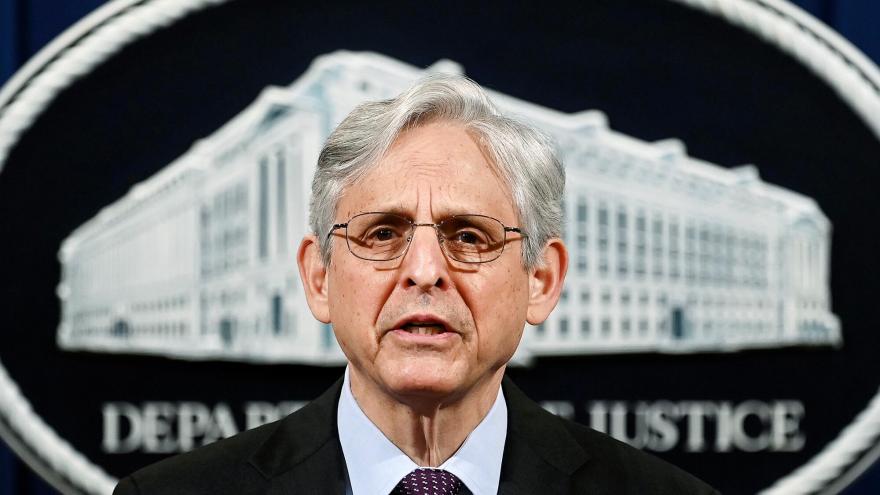 Attorney General Merrick Garland, pictured here on April 26 in Washington, announced that the Justice Department’s Civil Rights Division is launching an investigation into policing practices into the city of Phoenix, Arizona, and its police department.

(CNN) -- The Justice Department's Civil Rights Division is launching an investigation into policing practices in the city of Phoenix, Arizona, with a focus on how the city treats residents experiencing homelessness, Attorney General Merrick Garland announced Thursday.

"We have reviewed court files, media reports, citizen complaints and we also considered factors that we ordinarily weigh in determining whether to open an investigation, including the nature and seriousness of the allegations, the number of allegations, the steps that a department may be taking to address the allegations and the history of the department," Kristen Clarke, the head of the DOJ's Civil Rights Division, said during a news conference.

She continued: "We found that the evidence here warrants a full investigation, but we approach this process with no predispositions or pre-drawn conclusions."

Phoenix Mayor Kate Gallego said Thursday that she welcomes the government's investigation, noting in a statement that "comprehensive reform of policing in the city of Phoenix has been my priority since the first day I took office."

Pledging to support the probe, Gallego, a Democrat, added that "the recommendations that will result from this review will assist us in our ongoing efforts to become an even safer, stronger, more equitable city."

The Justice Department's probe will look into unlawful seizes or disposes of the belongings of individuals experiencing homelessness, according to a news release. Investigators will also determine whether Phoenix police officers engaged in a pattern of deadly force, retaliatory activity against people for conduct protected by the US Constitution's First Amendment as well as discriminatory policing.

The department's focus on officers' conduct toward people experiencing homelessness represents the first time the department has specifically focused on the constitutional rights of this community during one of its so-called pattern and practice investigations of local police forces, according to a DOJ official, who pointed to the Constitution's Fourth and Fourteenth Amendments.

The inclusion of it in the newly announced probe is a clear warning for cities around the country where police sweeps of homeless communities have become a common response to the growth of tent cities in public spaces.

Garland noted during Thursday's press conference that with the recent expiration of the eviction moratorium put in place during Covid-19, it would also have "serious implications for law enforcement adding to a crisis of homelessness that strains but cannot be solved by the criminal justice system."

"In addition, the investigation will assess the city and Phoenix's Police Department's systems and practices for responding to people with disabilities. The investigation will include a comprehensive review of PhxPD policies, training, supervision, and force investigations, as well as PhxPD's systems of accountability, including misconduct complaint intake, investigation, review, disposition, and discipline," according to the news release.

As part of this investigation, the Justice Department will reach out to community groups and members of the public to learn about their experiences with the Phoenix Police Department.

CNN reported in June that the city of Phoenix was expanding a pilot program that aimed to minimize or eliminate the role of police officers responding to 911 calls involving mental health, homelessness or substance abuse. The city approved a budget that included $15 million to expand the program that's largely supported by volunteers and grant funding.