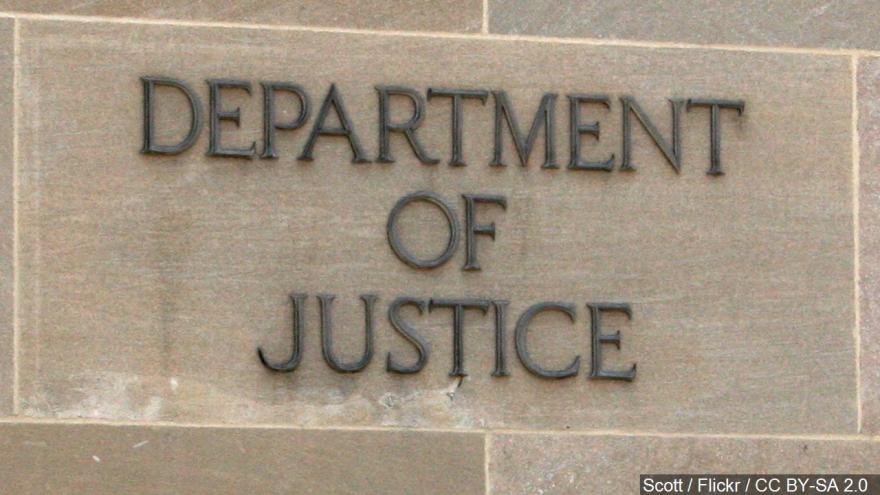 (CNN) -- The Justice Department is requesting Covid-19 data from four states "that issued orders" the agency says "may have resulted" in the deaths of nursing home residents from the virus in an effort to determine whether it should investigate if the orders are "responsible" for the deaths.

The department noted in the release that the four states -- New York, New Jersey, Pennsylvania, and Michigan -- all "required nursing homes to admit COVID-19 patients to their vulnerable populations, often without adequate testing."

"The fact that this request from the Department of Justice, sent only to four states with Democratic governors, was announced by press release during the Republican National Convention speaks volumes about the nature of the review," Alyana Alfaro, Gov. Phil Murphy's press secretary, told CNN, adding that the office doesn't comment on investigative inquiries.

Michigan Democratic Gov. Gretchen Whitmer's press secretary, Tiffany Brown, similarly said the timing of the request "should make it crystal clear that this is nothing more than election-year politics," but that the state will "review this letter and respond as appropriate."

CNN has reached out to the governors of New York and Pennsylvania for comment.

Nursing homes have maintained a particularly sensitive role in the pandemic, with some of the most devastating hotspots having occurred at facilities across the country, including the Life Care Center in Washington state that was once the US epicenter of the outbreak.

Early on, several states, most notably, New York, issued orders requiring nursing homes to admit coronavirus patients. New York's order, issued in late March, mandated that nursing homes must not deny readmission or admission to people "solely based on a confirmed or suspected diagnosis of COVID-19."

The state's governor, Andrew Cuomo, announced a new policy in May that said a hospital cannot discharge a person who is Covid-19 positive to a nursing home.

Federal guidelines issued on March 13 by the Centers for Medicare and Medicaid Services stated, in part, "Nursing homes should admit any individuals that they would normally admit to their facility, including individuals from hospitals where a case of COVID-19 was/is present."

The DOJ noted in its release that New York's high coronavirus death toll is comprised of "many" elderly people.

"Protecting the rights of some of society's most vulnerable members, including elderly nursing home residents, is one of our country's most important obligations," Assistant Attorney General for Civil Rights Division Eric Dreiband said in the statement. "We must ensure they are adequately cared for with dignity and respect and not unnecessarily put at risk."