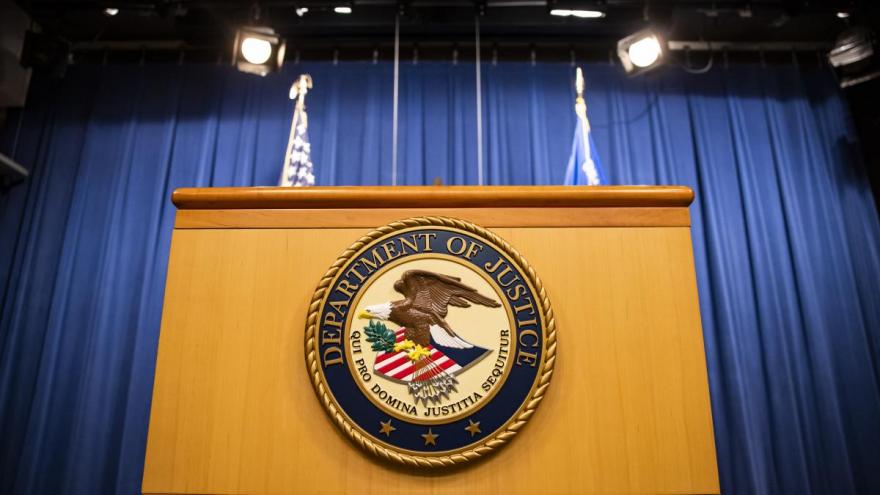 The Justice Department will require its agents and law enforcement officers to intervene and render aid if they see another officer use excessive force against a detainee.

(CNN) -- President Joe Biden's push to overhaul policing laws through sweeping legislation, blocked by Republican opposition in Congress, will take shape in a more limited executive order set to be signed on Wednesday -- the anniversary of the police killing of George Floyd.

Senior administration officials said Biden will sign the order at a White House ceremony, which will include the families of individuals who were killed by law enforcement, as well as members of the law enforcement community, members of Congress and members of his Cabinet. Notably, family members of Floyd, Breonna Taylor and Elijah McClain will attend.

The administration officials, speaking to reporters on a call Tuesday night, underscored that Senate Republicans failed to support what they called modest policing reform, saying Biden will issue the order "to advance effective accountable policing and criminal justice practices that will build trust and strengthen public safety."

The Biden order will build on reforms that banned chokeholds, expanded the use of body-worn cameras and restricted no-knock warrants, by extending those rules that currently apply to the Justice Department to other federal law enforcement agencies.

The order will mandate that the Justice Department create a new national database of police misconduct, which will be used by all federal law enforcement agencies and required for federal personnel screenings. It will also be used to screen state and local officers who participate in federal joint task forces.

Additionally, the order will limit the use of no-knock entries to exceptional circumstances and require public documentation of all such entries.

Biden's move will reinstitute Obama-era limitations on the transfer of military equipment to local police departments, which had been rolled back by the Trump administration. Biden, an official on the call said, will expand "those restrictions to cover purchases with federal funds," as well as expand the list "to include items like armored personnel carriers, MRAPs, explosives and grenades, as well as sound cannons."

Biden's executive action contains provisions aimed at "improving data collection and transparency around police practices, like calls for service searches, stops, frisks, seizures, arrests, and so forth, as well as the use and oversight of surveillance technology," an official told reporters.

In forming the order, an official said that the administration "started with the backbone of the George Floyd Justice in Policing Act," and, "in some places, we went beyond."

"We were constrained by the inherent limits of executive authority," the official said, noting that Biden will continue to call on Congress to pass the legislation.

Derrick Johnson, the president of the NAACP, applauded the upcoming executive order.

"Tomorrow will mark two years since George Floyd's cruel murder at the hands of police officers," Johnson said in a statement. "We know full well that an executive order cannot address America's policing crisis the same way Congress has the ability to, but we've got to do everything we can. There's no better way to honor George Floyd's legacy than for President Biden to take action by signing a police reform executive order."

Rev. Al Sharpton, the founder and president of the National Action Network, called the upcoming order "an important step toward dealing with the issues of accountability and public safety."

"The failure of the Senate to pass the George Floyd Justice in Policing Act is still something that we will never give up on," Sharpton said. "But an executive order will give us a step toward federal legislation and will set a tone in this nation that no one is above the law -- and that no one in our society or those charged to protect society to have the knees on our necks."