Dolores O'Riordan of The Cranberries dies at age 46 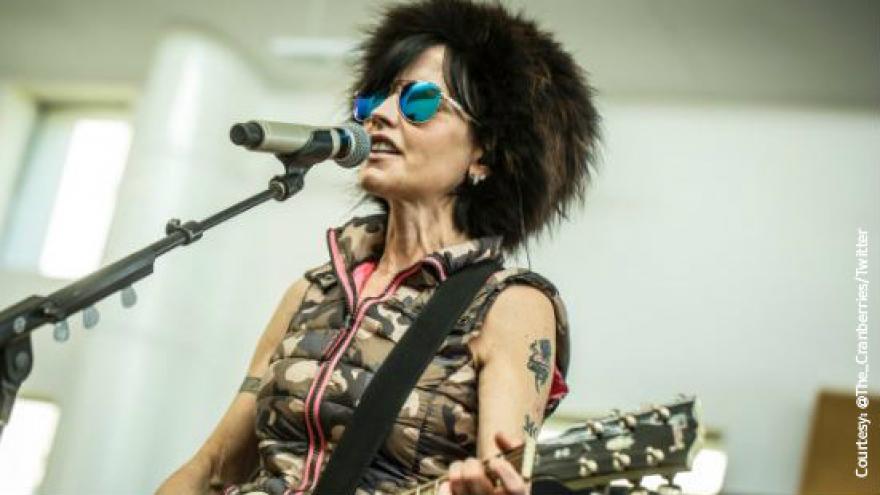 (CNN) -- Dolores O'Riordan, the lead singer of the Irish band The Cranberries, died in London on Monday, according to a statement from her publicist.

O'Riordan, who was 46, died "suddenly" according to the statement, but no details were given on the cause of her death.

The singer was in London for a short recording session, the statement added.

The Cranberries rose to global fame in the mid-1990s with a string of hits, including "Linger," "Zombie" and "Dreams." The group, from Limerick, has sold more than 40 million albums worldwide.

In 2007, O'Riordan launched a solo project with her album "Are you Listening?" before reuniting with the group in 2009. She also teamed up with The Smiths' bassist Andy Rourke and DJ Ole Koretsky to provide the vocals for the group D.A.R.K.

In 2017, The Cranberries released "Something Else," an acoustic album featuring some of the band's most popular hits, along with three new recordings.

But they canceled many dates on their 2017 Europe and North America tour, with the band citing O'Riordan's ongoing back problems as the cause.

On Twitter Monday, The Cranberries said that O'Riordan's family members are "devastated" by the news and have requested privacy.

Irish President Michael D. Higgins said her death was "a big loss" to the Irish arts community and he reflected on his initial introduction to the late vocalist through a Limerick politician.

"Dolores O'Riordan and The Cranberries had an immense influence on rock and pop music in Ireland and internationally. I recall with fondness the late Limerick TD Jim Kemmy's introduction of her and The Cranberries to me, and the pride he and so many others took in their successes," Higgins said in a statement.

Personal dedications to the late singer have flooded social media, with some of Ireland's biggest musicians paying tribute.

Irish singer Hozier said: "My first time hearing Dolores O'Riordan's voice was unforgettable. It threw into question what a voice could sound like in that context of Rock. I'd never heard somebody use their instrument in that way. Shocked and saddened to hear of her passing, thoughts are with her family."

UK pop group Duran Duran wrote, "We are crushed to hear the news about the passing of Dolores O'Riordan. Our thoughts go out to her family at this terrible time."

O'Riordan and Duran Duran's former tour manager, Don Burton, were married in 1994 and had three children. They divorced in 2014.