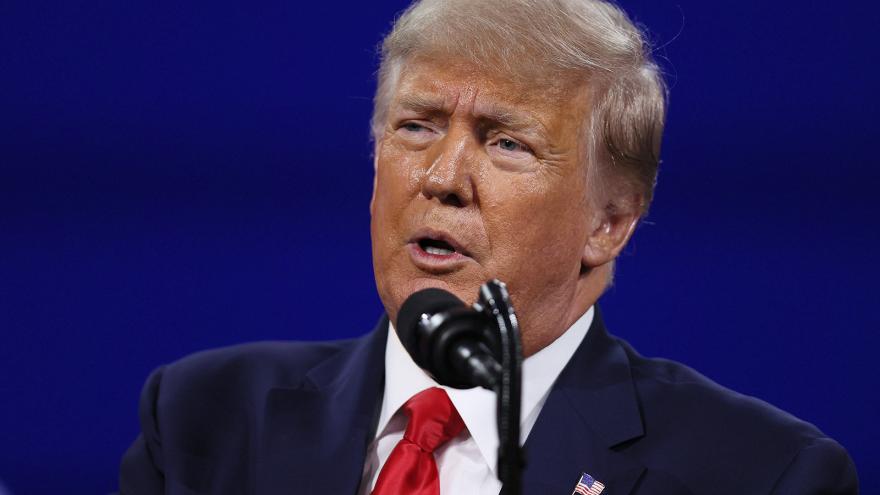 Former President Donald Trump is coming back to social media -- but this time with his own network. Trump at CPAC on February 28, 2021 in Orlando, Florida. - Joe Raedle/Getty Images

(CNN) -- Former President Donald Trump is coming back to social media -- but this time with his own network, a Trump spokesperson told Fox News on Sunday.

Jason Miller, a long-time adviser and spokesperson for Trump's 2020 campaign told Howard Kurtz on Fox's "MediaBuzz" that Trump will be "returning to social media in probably about two or three months." He added Trump's return will be with "his own platform" that will attract "tens of millions" of new users and "completely redefine the game."

"This is something that I think will be the hottest ticket in social media," Miller told Kurtz. "It's going to completely redefine the game, and everybody is going to be waiting and watching to see what President Trump does, but it will be his own platform."

Miller said during his appearance on Fox News that the former president has been approached by numerous companies and is in talks with teams about the new platform.

The announcement comes after Trump was permanently suspended from Twitter and other social platforms, such as Facebook, following his incitement of the US Capitol riots on January 6 -- where hundreds of Trump supporters stormed the US Capitol building, leaving five people dead.

Following Trump's ban on Twitter, Jared Kushner, the former president's son-in-law and senior adviser, intervened when other aides attempted to get Trump on fringe social media platforms such as Parler and Gab.

-- CNN's Kaitlan Collins and Kevin Liptak contributed to this report.