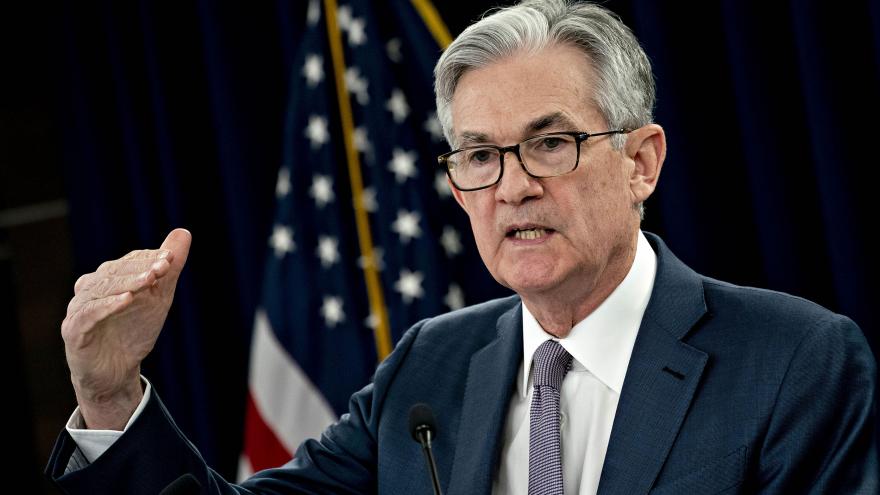 (CNN) -- The US economy is going through an unprecedented recession and a recovery will take time. Even so, you don't want to bet against America's economy, said Federal Reserve Chairman Jerome Powell on CBS' News '60 Minutes' Sunday night.

Business ground to a halt this spring as people stayed home and companies shut down to stop the spread of Covid-19. Mass layoffs forced 36.5 million Americans to filefirst-time claims for jobless benefits since mid-March. The unemployment rate shot up to 14.7% in April — the highest number since the Bureau of Labor Statistics began collecting this data in 1948 — and is expected to climb even higher in May.

Recovering from this will take some time.

"But I would just say this. In the long run, and even in the medium run, you wouldn't want to bet against the American economy," Powell said in a prime-time interview.

"This economy will recover. And that means people will go back to work. Unemployment will get back down. We'll get through this," he said.

The current, second quarter of the year, which ends on June 30, is going to be ugly in terms of economic data. Expectations for GDP drops are as steep as 40% on an annualized basis. After that, the economy should recover in the second half of the year, even though consumers will likely remain careful in their behavior for a while, Powell said.

But that's assuming the virus doesn't resurface for a second wave later on in the year.

Going back to prevention measures would slow the economy down again. "That would be quite damaging to the economy and also to public confidence," Powell told 60 Minutes.

Help from the Fed

The Federal Reserve slashed interest rates to near zero in March to support the economy and funneled millions of dollars into financial markets to alleviate liquidity shortages.

Meanwhile, the government reached deep into its pockets for a multi-trillion dollar fiscal stimulus package that included and expanded unemployment benefits, as well as payroll loans.

Only time will tell whether this was enough.

"It may well be that the Fed has to do more. It may be that Congress has to do more," Powell said during the interview. "And the reason we've got to do more is to avoid longer run damage to the economy."