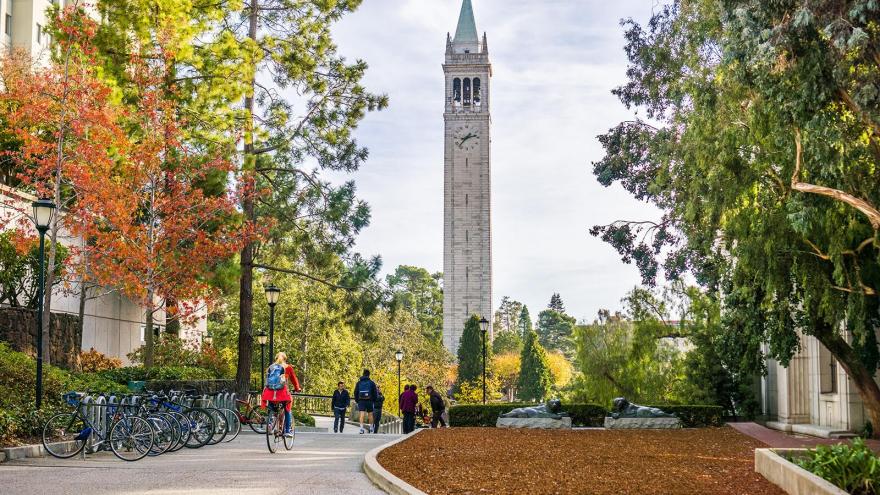 The University of California improperly admitted dozens of students based on their personal or family connections to donors and university staff, the state auditor announced Sept. 22.

(CNN) -- The University of California improperly admitted dozens of students based on their personal or family connections to donors and university staff, the state auditor announced Tuesday.

The audit conducted on the University of California's admissions process found UC Berkeley, UCLA, UC San Diego, and UC Santa Barbara unfairly admitted a total of 64 applicants between 2013 and 2019.

"By admitting 64 noncompetitive applicants, the university undermined the fairness and integrity of its admissions process and deprived more qualified students of the opportunity for admission," California State Auditor Elaine Howle said in a statement. "The university has also failed to ensure that campuses fairly and consistently treat the thousands of prospective students who apply each year."

In response to the audit, University of California President Michael Drake said the university system is "committed to safeguarding the integrity of its admissions practices" and will take prompt action to address the issues raised in auditor's report.

"I have zero tolerance on matters of integrity and will do everything I can to ensure inappropriate admissions do not happen on any of our campuses," Drake said. "I sincerely appreciate the time and resources the State Auditor's office has committed to helping us improve and strengthen our admissions policies and processes."

The audit findings come more than a year after several wealthy parents were arrested on charges of money laundering as part of the college admissions scandal dubbed "Operation Varsity Blues," which alleged that the parents used wealth and connections to have their children admitted to universities through means including cheating on standardized tests and bribing coaches to grant them entrance for sports they did not play.

Actress Lori Loughlin was recently sentenced to two months in federal prison for her role in this particular scheme that helped her daughters gain admission into the University of Southern California.

The University of California campuses admitted 22 of the 64 students through their student-athlete admissions processes, even though the students did not have the athletic qualifications to compete at the universities, Howle said. UC Berkley unfairly admitted 42 who were connected to staff and donors.

The report released Tuesday said these applicants were less qualified than many others for whom the campus denied admission. "In fact, some of these applicants received the lowest possible scores on their applications," the report said.

Neither UC Berkeley nor UCLA have developed methodologies for how they determine which applicants to admit, according to the audit.

And inadequate training and monitoring of the staff who review applications at those schools, as well as UC San Diego, also unfairly affected applicants' chances of admission, the audit said.

"We found that staff were sometimes overly strict or overly lenient in their review of applications, thereby making the applicants' chances of admission unduly dependent on the individual staff who rated them rather than on the students' qualifications," Howle said.

These practices are continuing due to a lack of adequate oversight of campuses' admissions processes, the auditor said. She called for stronger standards to guarantee fairness and to detect and prevent inappropriate admissions decisions moving forward.

The auditor recommended that the office of the university system president require all campuses to verify the athletic talents of prospective student athletes and review donation records for indicators of inappropriate activity before they are admitted.

"Instead of this independent verification, the campuses largely relied on coaches' assertions that prospective student athletes were athletically qualified," Howle said.