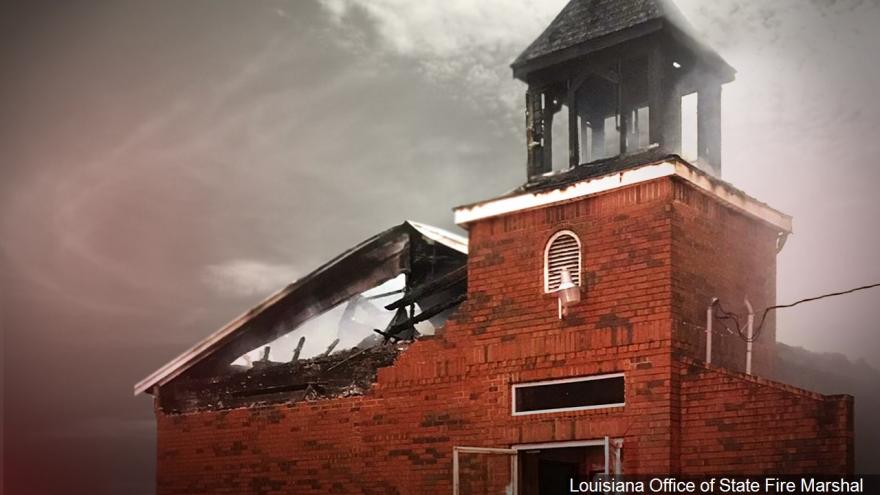 A spokeswoman for GoFundMe says in a Thursday email that people in all 50 states and around the world have made more than 35,000 donations. Donations totaled more than $1.97 million as of Thursday afternoon.

Fundraising surged after Monday's Notre Dame Cathedral fire in Paris, as social media commenters urged people not to forget the plight of the black churches.

A 21-year-old white man, Holden Matthews, was arrested in connection with the fires.