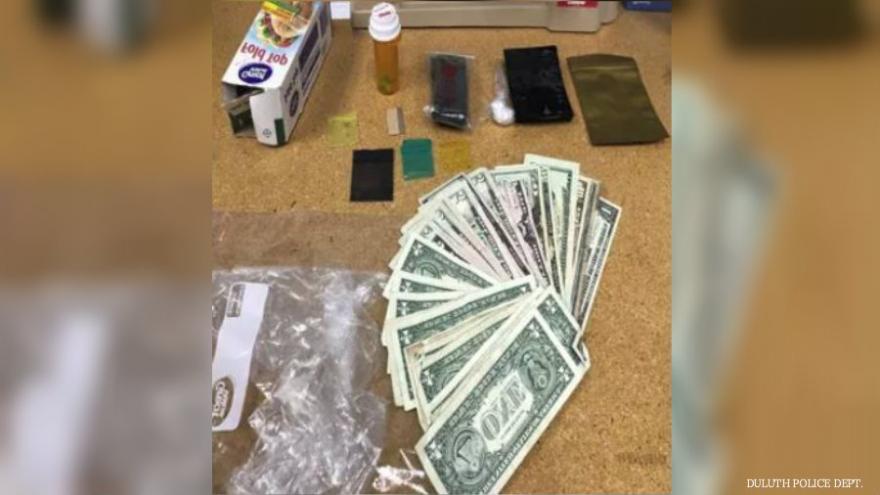 DULUTH, Ga. (WGCL) -- A routine traffic stop of a motorist that appeared to lack tags on their vehicle quickly turned into a drug bust just past midnight on Sunday.

As Duluth Police pulled the motorist over it was observed that the vehicle did have tags but lacked an operable tag light.

During the stop, the officer smelled marijuana coming from the inside of the vehicle and noticed the driver shaking.

The driver was asked to step out the vehicle. It was then the officer noticed the driver would not open his mouth to speak and was attempting to swallow what appeared to be marijuana.

The man then attempted to flee and a quick struggle ensued. The driver was then arrested.

The suspect is facing charges for possession with intent to distribute controlled substances, tampering with evidence, obstruction of a police officer, DUI and more.