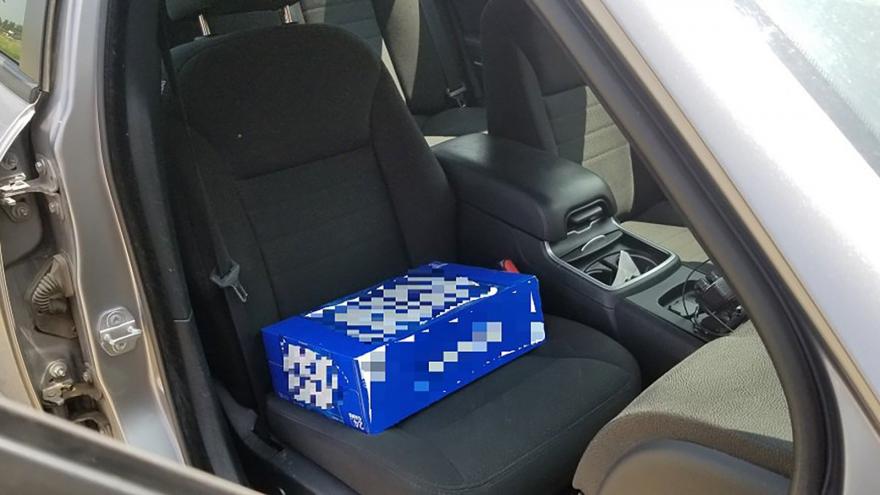 (CNN) -- Police in Ontario, Canada, pulled over a driver after spotting a 2-year-old riding shotgun -- strapped to a case of beer doubling as a booster seat.

The driver was pulled over Wednesday near North Perth, about 100 miles west of Toronto, Ontario Provincial Police West said on Twitter. The police said someone called in a traffic complaint.

The driver's creative attempt to fashion an improvised child booster seat earned more than a wag of the finger. The 22-year-old driver, who was not identified by name, was charged with failing to ensure a child was properly seat-belted, according to the tweet. The police also notified child services, the agency said.

Police say the law requires children under 40 pounds to be secured in a child car seat and children under the age of 8 and 80 pounds require a booster seat.

In a separate tweet, police said the case of beer was factory sealed, so the driver was not in violation of open container laws.