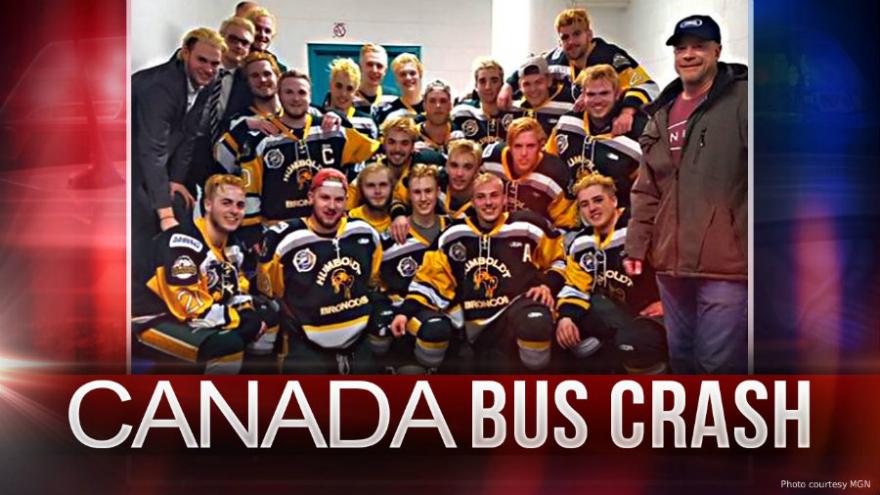 (CNN) -- The driver of a tractor-traiiler that crashed into a bus, killing 16 people, pleaded guilty Tuesday in a Canadian provincial court.

The crash happened April 6, 2018, as members of the Humboldt Broncos hockey team were headed to the town of Nipawin for a playoff game.

The tragedy was felt across Canada, where hockey is the dominant sport. For young players, long bus rides to tournaments are often considered a rite of passage.

Ten players, age 16-21, were killed, along with six adults -- the bus driver, an athletic therapist, the head coach, an assistant coach and two employees of Humboldt's FM radio station.

At least 13 other people on the bus were injured. The driver of the truck was not hurt, authorities said.

The sentencing phase of Sidhu's case is expected to begin January 28 in Melfort, Saskatchewan. Blaus said the sentencing could last three to five days.

During that time, victim impact statements will be read.