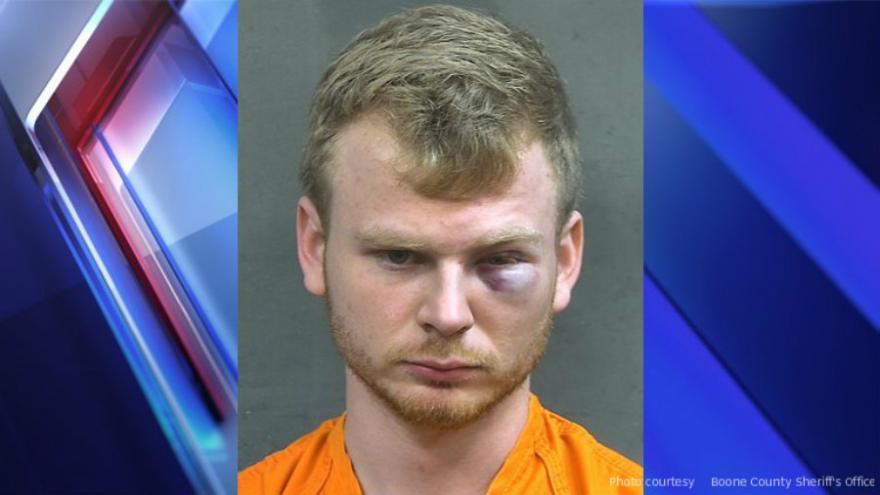 LEBANON, Ind. (WXIN) -- A Lebanon couple found an unknown and unwelcome houseguest sleeping on their couch earlier this month.

According to court documents, the couple called 911 around 6:30 a.m. on Oct. 3 and stayed upstairs while they waited for police to arrive.

A Boone County sheriff’s deputy discovered Seamus Lyles, 22, lying on a downstairs couch. The deputy stirred Lyles, who said he thought he was in his own apartment.

Lyles explained that he’d been out drinking with friends the night before. Lyles—who had a black eye—told the deputy he must have been in a fight.

Lyles said he didn’t know how he got to the house because he thought he’d walked back to his own apartment. A portable breathalyzer test found his blood-alcohol concentration with 0.12, according to court documents.

The deputy said there were no indications of forced entry, and the couple told him they usually left their doors unlocked since they live in a rural area. The front door had been opened a few inches from where Lyles had entered.

Lyles was taken to the Boone County Jail and booked on a charge of residential entry.