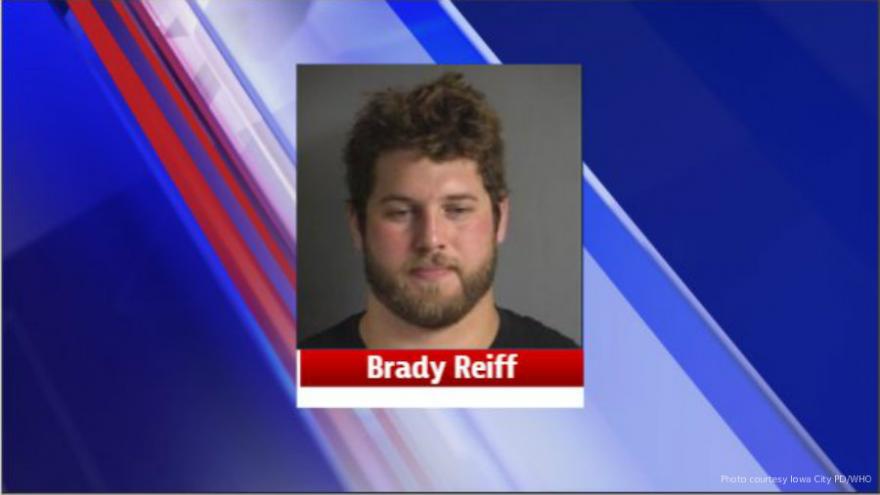 Iowa City, Iowa (WHO/CNN) -- A University of Iowa football player was arrested over the weekend for public intoxication after police say he tried to get into a police car, because he thought it was an Uber.

A criminal complaint says 22-year-old Brady Reiff, a starting defensive tackle, was arrested Saturday morning shortly after 2:00 on Iowa Avenue. It says Reiff tried to open the front door of the police car, noticed a front seat passenger and then tried to open a rear door.

The officer asked Reiff what he was doing, and Reiff responded asking for a ride because according to the complaint, “he thought that was our job.” The officer then asked if he thought the car was an Uber and he replied, “Yes.”

An initial breath test at the scene yielded results of .204 BaC and Reiff was arrested.

According to the Cedar Rapids Gazette, Reiff has been suspended for the Hawkeyes’ first game on September 1st against Northern Illinois.