Duchess of Cambridge forced to self-isolate after Covid-19 contact 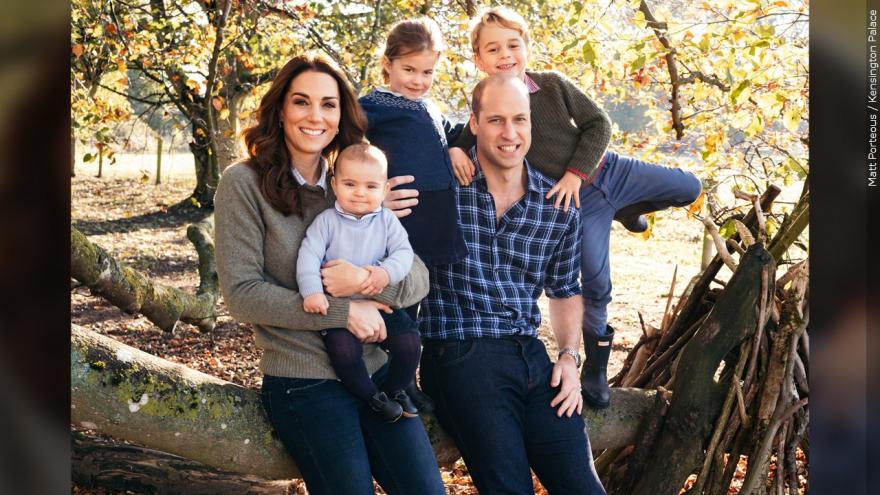 The Duke and Duchess of Cambridge with their three children, Prince Louis, Princess Charlotte and Prince George (right) at Anmer Hall in Norfolk. This photograph features on their Royal Highnesses’ Christmas card this year, Photo Date: 2018
By Max Foster and Rob Picheta, CNN

(CNN) -- The Duchess of Cambridge is self-isolating after coming into contact with someone who has since tested positive for Covid-19, a spokesperson for Kensington Palace told CNN on Monday.

"Her Royal Highness is not experiencing any symptoms, but is following all relevant government guidelines and is self-isolating at home," the spokesperson said.

Kate will not attend Monday's engagements, the spokesperson added. She was alerted on Friday afternoon and began isolating then.

UK government guidelines stipulate that anyone who has had close contact with an infected person must isolate for 10 days.

A royal source told CNN that the duchess took lateral flow tests before her engagements last week at the Euro 2020 soccer tournament and at Wimbledon, and both were negative. She also followed the rules throughout Wimbledon on mask-wearing, the royal source added.

The source said the duchess is tested for Covid-19 twice a week with lateral flow tests, in line with the royal household's testing system. She has also received both doses of her Covid-19 vaccine, the source added.

Close contact is defined by Britain's National Health Service as face-to-face communication, or being within two meters (6.5 feet) of someone for more than 15 minutes.

During her trip to Wimbledon on Friday, the duchess -- known as Kate Middleton until her marriage to Prince William -- sat in the royal box on Centre Court along with a number of other special guests. She was pictured speaking with event organizers, attendees and former British tennis number one Tim Henman, among others, and also attended a doubles match on a smaller court.

She was also given a tour of the tennis museum at the site. Visitors to the tournament are required to wear a mask, except when seated.

On Tuesday, the duchess was present at England's 2-0 win over Germany in Euro 2020 at Wembley Stadium, sitting in the royal box with William and Prince George.