Dustin Higgs executed less than a week before Inauguration Day 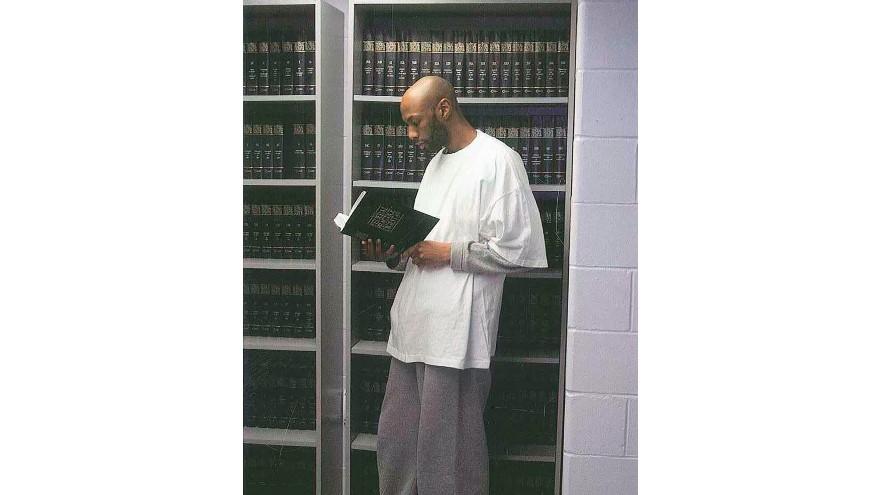 Dustin John Higgs was executed in the early hours of Saturday morning. - Federal Bureau of Prisons/AP

(CNN) -- Dustin John Higgs was executed in the early hours of Saturday morning becoming the 13th and last federal death row inmate to be executed since the Justice Department restarted federal executions in July 2019. He had been convicted of kidnapping and murdering three women in 1996.

Higgs maintained his innocence until his death, according to a pool report.

The tone of his voice was calm but defiant as he said his last words, "I'd like to say I am an innocent man," he said, mentioning the three women by name. "I did not order the murders," the report said.

Higgs' execution went forward despite his attorney, Shawn Nolan's appeal to delay the proceeding because of Higgs' Covid-19 diagnosis. Nolan also argued that Higgs was unfairly sentenced, since the actual gunman is serving a life sentence.

King's oldest son, Martin Luther King III, wrote an op-ed on Thursday in The Washington Post calling for the end to executions by invoking his father's words from 1957 when asked if God approves of the death penalty. "I do not think that God approves the death penalty for any crime ... capital punishment is against the better judgment of modern criminology and, above all, against the highest expression of love in the nature of God," King said.

In January 1996, Higgs and two friends drove to Washington, DC, to pick up Black, Jackson, and Chinn, whom Higgs had invited to his apartment in Laurel, Maryland, according to a Department of Justice statement. At the apartment, Jackson rebuffed an advance by Higgs and the women left. Higgs offered the women a ride back to DC, but instead drove to a secluded area in the Patuxent National Wildlife Refuge, the statement added.

He ordered the women out of the vehicle, gave a gun to one of the friends, and said, "better make sure they're dead." The other man shot Black and Jackson in the chest and back, and shot Chinn in the back of the head, killing all three women, the statement said.

Higgs' convictions and sentences were affirmed on appeal nearly 17 years ago, and his initial round of collateral challenges failed nearly eight years ago, the statement added.

Biden's take on the death penalty

Attorney General William Barr resumed federal executions in July 2019 after a 17-year hiatus to bring "justice to victims of the most horrific crimes." The federal government has authorized the executions of 13 federal death row inmates in about six months. While executions are carried out every year on the state level, federal executions have been extremely rare until last year.

The Biden campaign has spoken out against the federal death penalty, due in part to the amount of wrongfully convicted inmates who have been given these sentences.

While President-elect Joe Biden has pledged to abolish the federal death penalty and to give incentives to states to stop seeking death sentences as a part of his criminal justice plan, 40 members of Congress want to make sure the practice ends on his first day in office.