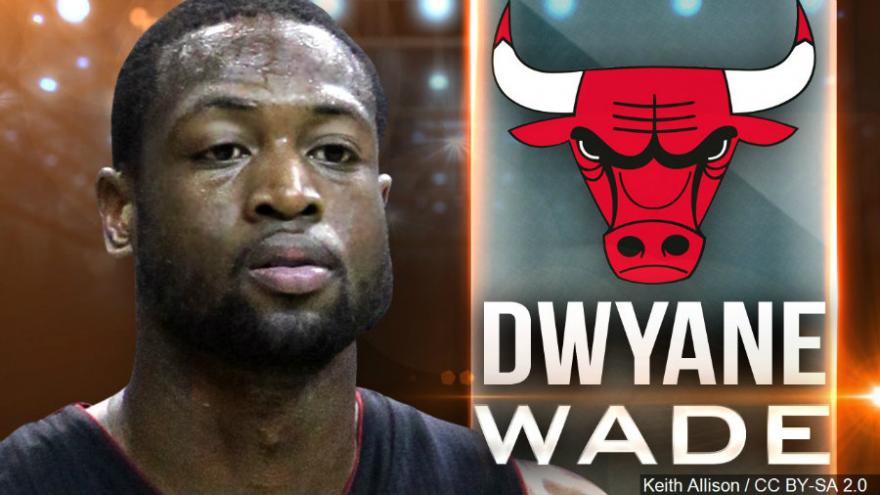 So much so, when Wade returned to the Miami Heat this season, Oliver desperately wanted a special edition of the basketball star's jersey, which was done in a "Miami Vice" TV show theme.

In an interview with Univision, Oliver's dad explained how excited the 17-year-old was when Wade re-signed with the Heat.

But Oliver never got his hands on the neon pink and turquoise-accented jersey. He was one of 17 people killed at Marjory Stoneman Douglas High School on February 14.

As a tribute to their son's love for his favorite player, his parents buried him in a Miami jersey emblazoned with Wade's number 3. Hundreds of people attending his funeral honored his passion by wearing sports jerseys.

Wade was so touched by the news, he dedicated the rest of the season to Oliver and etched the teen's name on his sneakers last week.

The NBA star wanted to do more to honor one of his biggest fans. On Saturday, he met Oliver's family at the very basketball court the teen had been so excited to see him play again.

His sister stood next to Wade as fans and athletes sang the national anthem at the American Airlines Arena in Miami. As Oliver's parents watched, Wade and his teammates defeated the Detroit Pistons, 105-96.

After the game, Wade gave Oliver's parents one of the Miami Vice jerseys he wanted, along with specially-made red basketball sneakers with Oliver's name on the strap, and the Stoneman Douglas name and mascot on each shoe, the Sun-Sentinel reported.

"Because it's not just happening to them, it's happening to all of us and it could be anyone of us," he added.

Miami Herald reporter Manny Navarro snapped a photo of the items in Wade's locker before the game.

"Life is bigger than basketball," Wade said, according to the Miami Herald. "This is definitely bigger than the game."

"Even though the game has brought certain people to admire me, this definitely makes it bigger than that," he continued."[What they did burying their son in my jersey] I don't even know how to put it into words or thought at all. In a tough moment for a family, there's so many decisions that you have to make. And for me to be a part of that — that he would have wanted to be buried in my jersey — that's mind-boggling to me."