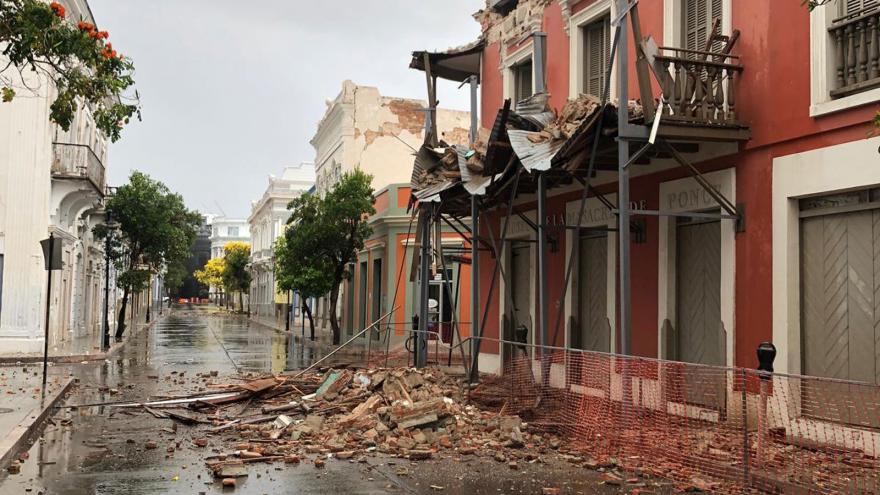 Puerto Rico Responders Inc
(CNN) -- A 5.5-magnitude earthquake was recorded off the waters of southern Puerto Rico early Saturday, rattling the city of Ponce, according to the US Geological Survey.

Other earthquakes ranging from 3.4 to 4.9 on the Richter scale have hit the same area.

No tsunami advisory has been issued.

Officials are assessing the quake's effects and checking on citizens, she said.

The Electric Energy Authority tweeted that its EcoElectrica power plant was offline, but crews were working to restore service. It was not clear how many residents had lost power.

The Puerto Rican Water and Sewage Authority has inspected three dams on the island and found no damage, Gov. Wanda Vazquez Garced said in a tweet.

"We emphasize the importance of remaining calm and urge everyone to always use a face covering when outside the home," Vazquez said in a tweet in Spanish.

Vazquez thanked FEMA officials and President Donald Trump, saying the island will "have all the resources it needs" in a tweet.