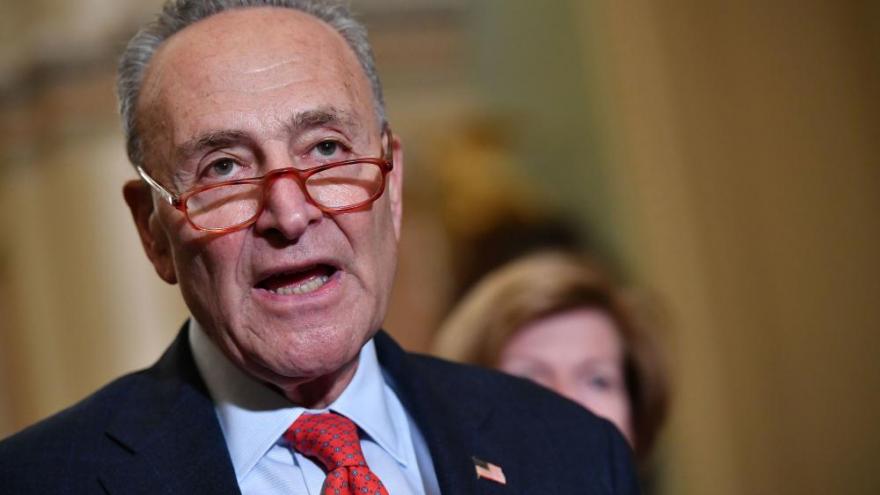 As President Donald Trump took to the podium in the White House briefing room and promised to help Americans who feel afraid and isolated as the pandemic spreads, the Senate voted against advancing the rescue package. But negotiations continued on Capitol Hill.

“I think you’ll get there. To me it’s not very complicated: We have to help the worker. We have to save the companies,” Trump said. “We’re enduring a great national trial and we will prove that we can meet the moment. We’re at war.”

At the otherwise emptied out Capitol, the draft aid bill was declared insufficient by Democrats, who argued it was tilted toward corporations and did too little to help workers and healthcare providers. The setback sent Republicans back to the negotiating table.

With a population on edge and shell-shocked financial markets poised for the new work week, doubts emerged about the fate of an agreement that would provide some relief against health and economic crises that are likely to stretch for several months.

“Americans don’t need to see us haggling endlessly,” warned Senate Majority Leader McConnell, R-Ky., his voice rising on the Senate floor. He sought passage of the package by Monday.

But Democrats say the largely GOP-led effort does not go far enough to provide health care and unemployment aid for Americans, and fails to put restraints on a proposed $500 billion “slush fund” for corporations.

Senate Democratic leader Chuck Schumer, D-N.Y., said the draft package “significantly cut back our hospitals, our cities, our states, our medical workers and so many others needed in this crisis.”