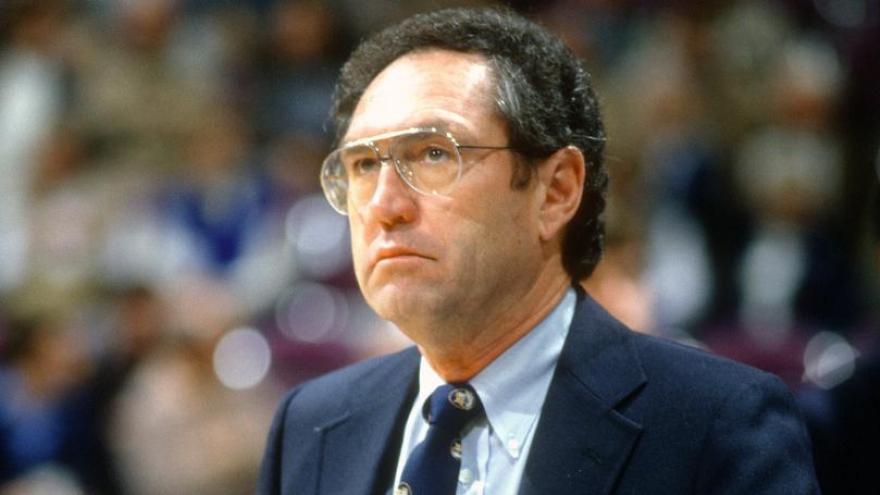 Eddie Sutton, the first college basketball coach to lead four different schools to the NCAA tournament, died on Saturday, his family said in a statement. He was 84.

(CNN) -- Eddie Sutton, the first college basketball coach to lead four different schools to the NCAA tournament, died on Saturday, his family said in a statement. He was 84.

Sutton's family said he passed away at home in Tulsa, Oklahoma, due to natural causes, surrounded by his sons and their families. His wife of 54 years, Patsy, died in 2013.

Sutton -- a four-time National Coach of the Year -- was one of nine honorees to be elected to the Naismith Memorial Hall of Fame in April. He will be inducted posthumously, along with legend Kobe Bryant, on August 29.

His family said Sutton felt it "was an honor and a tribute to the great players he coached and outstanding assistant coaches that worked for him."

Inducted into the College Basketball Hall of Fame in 2011, Sutton guided his teams to a combined 26 NCAA Tournament appearances.

In 37 seasons, Sutton won 806 games and appeared in three Final Fours. He won 17 conference regular season and tournament championships and had only one losing season.

Over the years he coached at several different schools, including 11 years at the University of Arkansas and 16 years at his alma mater, Oklahoma State, where he led the school to two Final Fours in 1995 and 2004. In 2005, Oklahoma State made its eighth-consecutive NCAA Tournament appearance, the longest streak in the school's history.

"Oklahoma State University is deeply saddened by the passing of Coach Eddie Sutton," said Oklahoma State President Burns Hargis. "A Hall of Fame Coach with more than 800 wins, he revived our historic basketball program and will always be revered and loved by the Cowboy family."

"Dad and Mom treated their players like family and always shared the belief that his teachings went beyond the basketball court," Sutton's family wrote. "He cherished the time he spent at every school and appreciated the support from their loyal fans. He believed they deserved so much credit in the success of his programs."